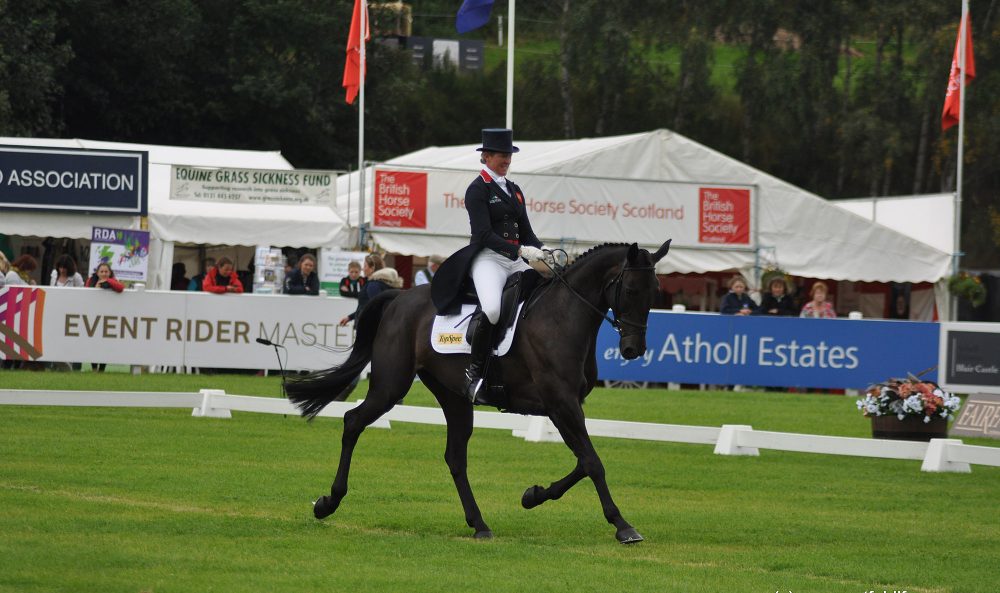 Nicola Wilson rode like the Olympic medallist she is to take a convincing lead after the dressage phase in the CCI3* at Blair Castle Equi-Trek International Horse Trials.

Nicola, who has been crowned Scottish Open Champion at this event no less than four times, scored 41.3 aboard the attractive dark brown mare Annie Clover, who also knows this Scottish venue well having finished sixth in the CIC3* in 2013.

“It’s always so lovely to come back to Blair,” said Nicola, who was part of the silver medal-winning team here at last year’s European Championships. “I was thrilled with Annie’s test; it was as good as I could have hoped for. I’ve had a chance to look around the course and there’s certainly lots to jump. I’m looking forward to Saturday.”

Louise Harwood, who won this class in 2005 with Partly Pickled, was the only other rider to break the 50 barrier, scoring 49.8 aboard Jenga II. Oliver Townend, who has seven rides here over the course of the weekend, currently occupies third and fourth spots with ODT Ghareeb and Lanfranco.

In the CCI2*, the 2014 CCI1* winners, Emily Young-Jamieson and Gortmore Tommy T, have made an assured start to their 2016 campaign and currently lead the field on a score of 45.6 after the first day of dressage.

The pair produced an accurate, polished performance to give them almost a two-penalty advantage over Nini French and Time For Harry, who were first into the arena this morning. Nini scored 47.3, which leaves her just ahead of third-placed Caroline Clarke and Touch Too Much on 48.3.

Dressage resumes tomorrow at 10am for the CCI1* and CCI2* classes. The first phase of the CIC3* Scottish Open Championship will begin at 2pm.