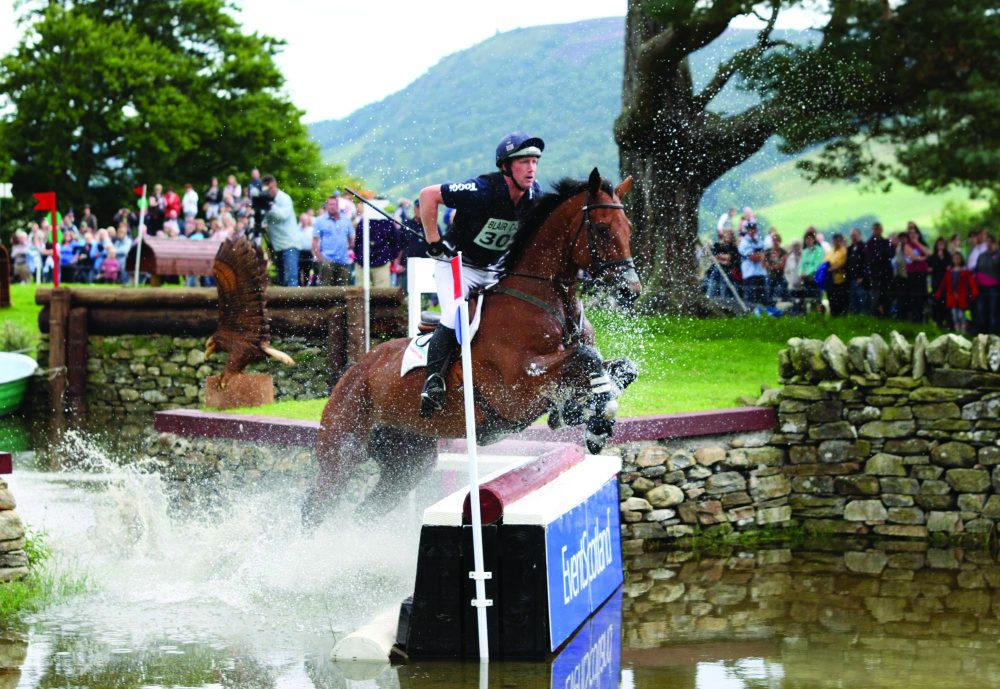 With the equestrian competition over in Rio, the focus now switches to the Highlands of Scotland where some of the biggest names in the sport battle for the spoils later this week (25th-28th August).

Yorkshire based Nicola Wilson has won the Scottish Open Championships no fewer than four times. However, this year she will be riding the on-form Bulana in the lucrative Event Rider Masters (ERM) class instead. The ERM is a new six-leg series, each leg offering a prize fund of £50,000; big money for the sport of eventing.

Not surprisingly the ERM class is very competitive. Current series leader Australian Paul Tapner rides Kilronan who finished 4th last time out at Barbury Castle. Winner that same day was the relatively inexperienced Polystar I who is back under Rio 2016 Olympic bronze medallist, fellow Aussie Chris Burton – Chris will be looking to make up for his disappointment in Rio where falling show jump poles cost him an individual medal.

Also hot-footing it back from Rio are the New Zealander Prices. Tim partners Xavier Faer, and Jonelle – who is widely recognised as the fastest eventer in the world across country – rides Cloud Dancer II. Not surprisingly the winners of the most recent ERM leg at Gatcombe, Oliver Townend and Cillnabradden Evo, are out to bag another top prize.

Challenging for the Scottish Open Championship title are the likes of Oliver Townend, this time with Dunbeau, a winner last time out, and the less experienced Fernhill Ultimate; William Fox-Pitt with Fernhill Night; Chris Burton on new ride Cariba 15; and Tomas Carlile riding Opium De Boisy. There are some great combinations to watch in this world class field.

The Three Star section (one step down from the Grand Slam events of Badminton, Burghley and Kentucky) is small but high quality. Nicola Wilson is back with Annie Clover who proved her worth in Kentucky last year.

Oliver Townend has two shots at victory; he rides both Lanfranco and ODT Ghareeb. Lanfranco hasn’t finished outside the top six since April this year, while ODT Ghareeb has been consistently posting great results too. Also double handed is former winner Louise Harwood, with two long shots; Balladeer Miller Man and Jenga II. Always competitive, Louise will be looking to reclaim the title she first won in 2005.

In the Two Star riders to watch include Hector Payne, whose ride Ironstein won last time out, while second ride Dynasty finished on his dressage score at Tattersalls Two Star; and of course one should never overlook Jonelle Price – Kindred Spirit IV is proven at this level.

The large One Star field makes it harder to pick the favourites. Cooley Roller Coaster, ridden by Emilie Chandler, has a great record, runner up at both Tattersalls and Chatsworth this year. Oliver Townend is back again riding both Shearwater Sportsfield and Gortglas Crazy Love, while Jock Paget’s ride Optimus Prime II has form at this level. Local riders Wills Oakden and Rosa Onslow have two horses apiece – not surprisingly there is a good Scottish contingent in this class.

One thing can be guaranteed: four days of high quality, competitive sport in one of the most breathtakingly beautiful settings in the British Isles. With the range of other equestrian disciplines, the Bruadar Country Fair, and fabulous shopping, all looks set for a fabulous week.