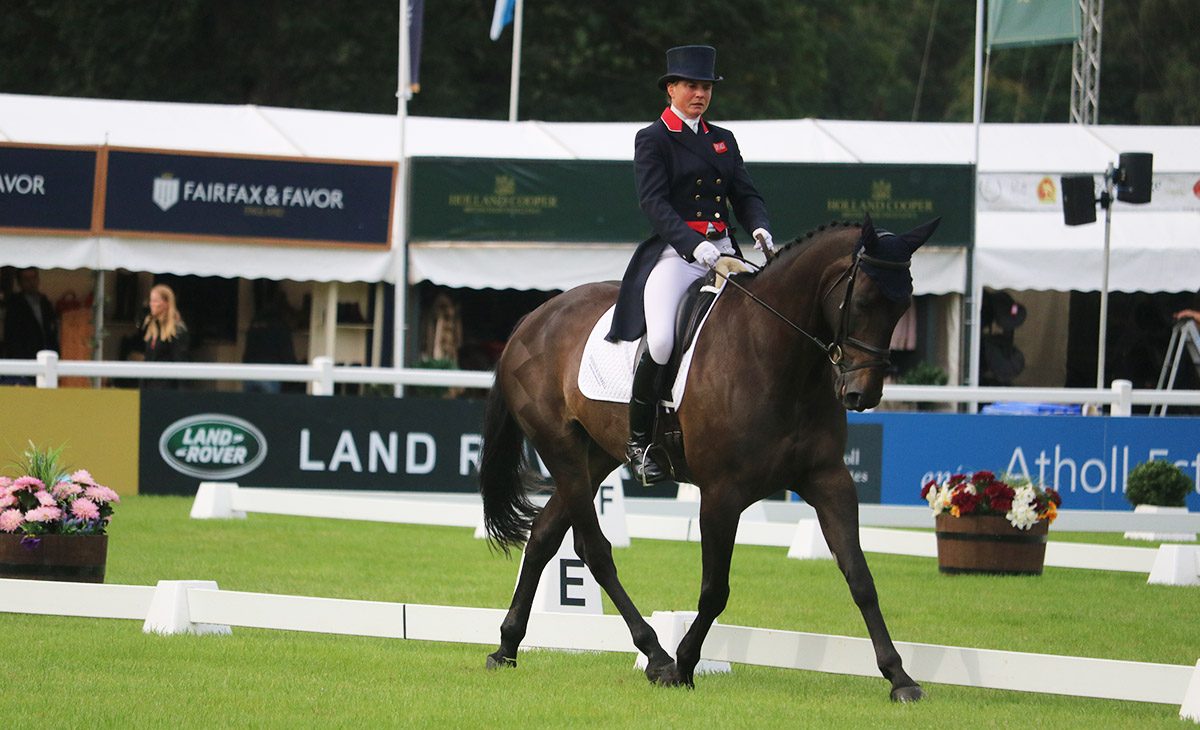 New Zealand’s James Avery leads the field at the close of play today, piloting the seven-year-old Seaflower, a mare he only took the ride on earlier this season. This is James’s first trip to Scotland and, so far, he is counting his blessings that the famous Scottish rain has mostly stayed away.

“Seaflower is a little pocket rocket,” he said. “She’s by Sir Donnerhall so was bred for dressage which explains her great paces. She’s super talented and will hopefully enjoy the Blair hills and take it all in her stride.”

The pair posted a score of 25.2 which gives them the advantage over Nicola Wilson who is currently in second and third on Elite Jaguar and JL Dublin respectively with 28.5 and 28.6 penalties.

Piggy French leads the CCI Two Star with Jennifer Saunders’ Cooley Monsoon. Piggy had been a little disappointed with a less than perfect final halt but the pair still scored an impressive 25.1 to hold a four penalty advantage over Polly Stockton and Drummer.

Piggy also sits in third place, this time riding Castletown Clover, who is on a score of 30.7. Seventeen combinations still have to perform their dressage tests tomorrow.

The last CCI Three Star combination in front of the Ground Jury of Les Smith (President), Katrin Eichinger-Kniely and Xavier Lesauce, swept to the top of the leaderboard. Tom McEwen and Strike Smartly performed a lovely test to nudge Izzy Taylor on Director General down to second and Tim Price on Pats Jester to third.

However, scores at the top are close, with just 1.6 penalties separating this top three – and Tom on first ride Figaro Van Het Broekxhof hard on their heels in fourth.