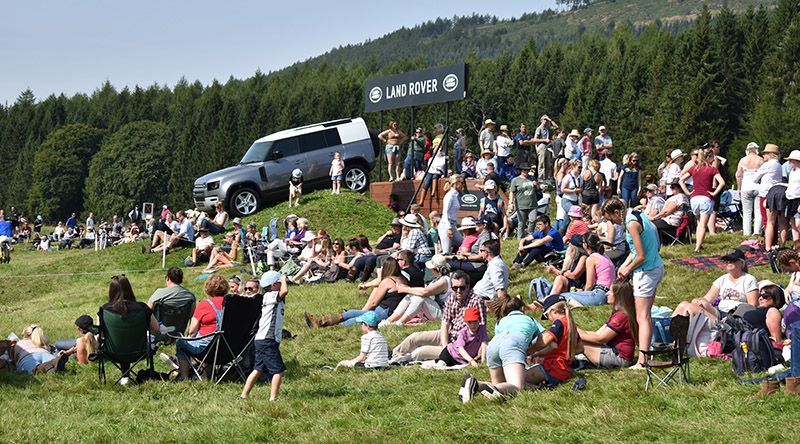 This year’s Horse Trials runs from 25th – 28th August, and tickets are available to buy through the website. With just six weeks to go, now is the time to order yours.

General admission prices start at just £15 per person for one day, plus parking. If you want to make more of a holiday of it, a four-day season pass is £60 or a weekend pass is £39, both plus parking.

Eventing classes run from national level 90cms up to four-star, and include two grassroots Scottish Championships. The five international levels attract many of the best riders in the UK, often including Olympic and world medalists. Throw in British Showjumping, showing, heavy horses and Pony Club mounted games and there is something to appeal to all horse lovers.

The action-packed schedule at Blair is enough to thrill the hardiest eventing and countryside fan – the ceilidh, live band and disco return, providing fantastic evening entertainment, and the Food Hall is also back with its wide selection of delicious food and drink. Persie Gin remains Official Drink of the event and, NEW this year, The Old Nag Whisky Lounge by Spirit of Perthshire and Robertsons of Pitlochry will feature tastings and sales of some of today’s top distillers and independent bottlers.

Volunteers are still being recruited for Friday, Saturday and Sunday, with a multitude of roles available. Not all require equestrian experience! Camping, admission and meals while volunteering will all be provided and it’s a fantastic way of being part of ‘behind the scenes’ and the running of the event. Visit the volunteers page on the Blair website for more information.

There is plenty going on for visitors wanting to extend their visit to Scotland. The Royal Edinburgh Military Tattoo runs from 5th – 27th August, whilst the Edinburgh Fringe also starts on 5th August, finishing on 29th. Staying in Edinburgh, the city’s Art Festival takes place between 28th July and 28th August.

For those seeking more of the outdoors, why not sign up to the Ben Nevis Challenge and trek the UK’s highest mountain with local guides; this takes place on 20th August from Fort William. Alternatively move on from Blair Castle International to the Largs Viking Festival (27th August – 4th September). It marks the 1263 Battle of Largs, the last mainland battle between the Scots and Norse, and promises a full Viking village, Festival of Fire, axe throwing and burning of a long boat.

Scotland is famous for its stunning scenery, superb food and drink, and friendly hospitality, making it the perfect holiday destination. And you can get here without flying!