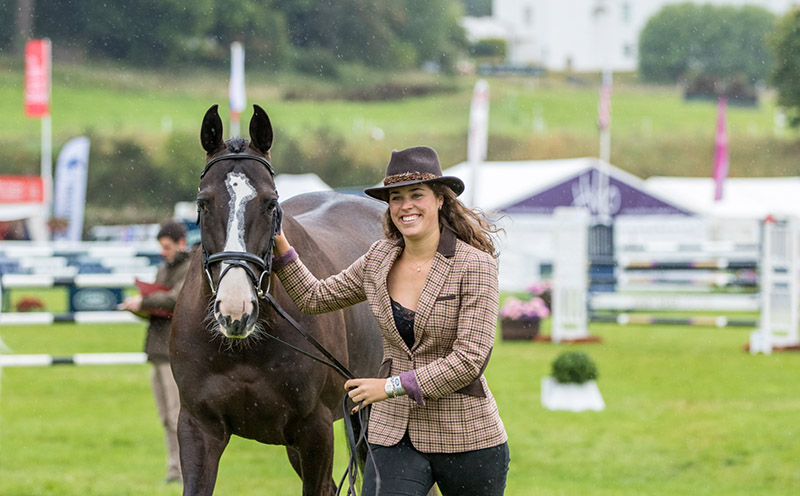 In rather less clement conditions than at the first horse inspection, the remaining international competitors presented their horses in front of the relevant Ground Juries.

Three horses were withdrawn overnight, most notably Nicola Wilson’s Elite Jaguar who was lying in third place. Iona Campbell’s Edelwijs II and Jess Bell’s Ballybrack Dakota also failed to present in front of the Ground Jury, Janet Surr and Douglas Hibbert. Ibby Macpherson’s Omard On The Ball was sent to the hold box but passed on re-presentation while Naidene Urquhart withdrew Perihelion Peridot from the hold.

We use cookies to ensure that we give you the best experience on our website. If you continue to use this site we will assume that you are happy with it.OkRead more