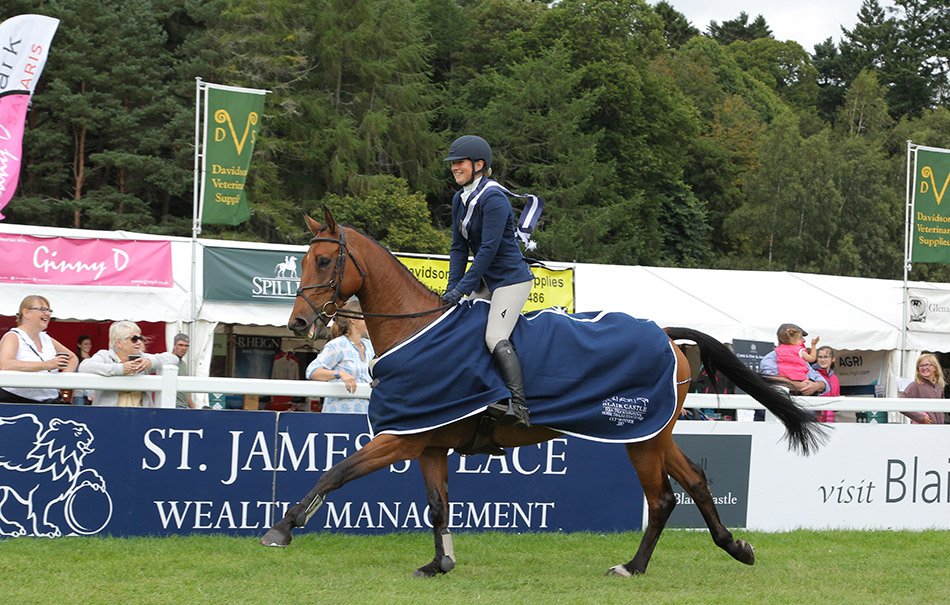 Scotland’s Emily Parker made it a win on home soil when taking the One Star class in style, climbing up from fifth to second to first with the completion of each phase. She rode David Mactaggart’s eight-year-old Highly Delighted to victory, adding nothing to her first phase score.

Emily, who is based in Selkirk, admitted that she loves Blair: “It’s my local big event, although it took me rather longer to get here this year than it should, I had a bit of a satnav error and went via Dundee! Blair suits the horses I ride because we are so used to all the hills, which I’m sure helps.

“I only started riding ‘Perfect Pete’, as Highly Delighted is known at home, this season and Blair was his first three-day event. I knew he had the ability because he’s jumped double clear round a couple of intermediate classes already, but I never dreamt that we might win.”

The overnight leaders, Carlos Parro and Sir Digby, dropped two places with a showjump down, opening the door to dressage leaders Elizabeth Halliday-Sharp and Gorsehill Cooley to complete the competition as runners up. 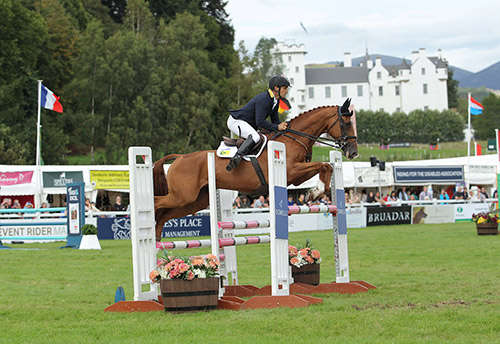 Less than two hours after winning the Event Rider Masters CIC3* class, Australia’s Shane Rose was again top of the table, this time in the Two Star class. A faultless performance in all three phases by Gurtera Cher, usually piloted by Sam Griffiths, moved the pair up from sixth after dressage to take the title when overnight leaders Emily King and Walitze F Vejgard brought down a showjump, incurring four faults.

“I’m a competitive person and I did come here thinking I could win all three sections I had entered, but Happy Times didn’t feel quite right this weekend so we didn’t run across country,” Shane explained. “Gurtera Cher is a super horse, and I think will be a proper 4* horse for Sam in the future. Luckily I ride similarly to Sam so it’s been easy for me to stand in [Sam has been out of action with an injury].

While Emily dropped a place, Oliver Townend and Tregilder climbed up to third with one of just five showjumping clear rounds, Oliver also taking 8th place with Khoi Traveler. 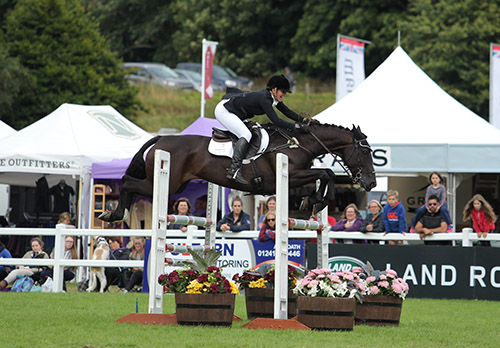 The small CCI3* class provided its share of dramas in both jumping phases, and whilst none of the remaining seven competitors left all the coloured poles in their cups today, overnight leaders Hazel Towers and Simply Smart remained in pole position with a single rail down.

Huddersfield based Hazel described Simply Smart as rather a tricky mare. “Her dam died when she was only eight weeks old and she’s had plenty of attitude ever since. I bought her cheaply from Ireland and have backed and produced her. This is my first time at Blair and I was worried that she might not be fit enough for the hills here, but clearly I was wrong!

“Winning this class means everything. It’s my first ever CCI Three Star and all the hard work has paid off,” she added… even admitting that when waiting to go in to the arena to jump, she whispered to her horse: ‘Look, it’s your favourite bit now…’

As the horse boxes depart from Blair Castle, Paul Bush OBE, VisitScotland’s Director of Events, said: “Once again it has been a fantastic four days of competition at this year’s FEI Blair Castle Equi-Trek International Horse Trials. Congratulations to all the winners and all riders who took part, there have been some truly amazing performances.

“In addition to the fantastic competition, the packed programme of activities and entertainment at the Bruadar Country Fair and more than 200 trade stands, has made for a great event for everyone. Blair Castle truly is the perfect stage for Scotland’s biggest equestrian event and EventScotland is delighted to be a long-term supporter of the International Horse Trials.”