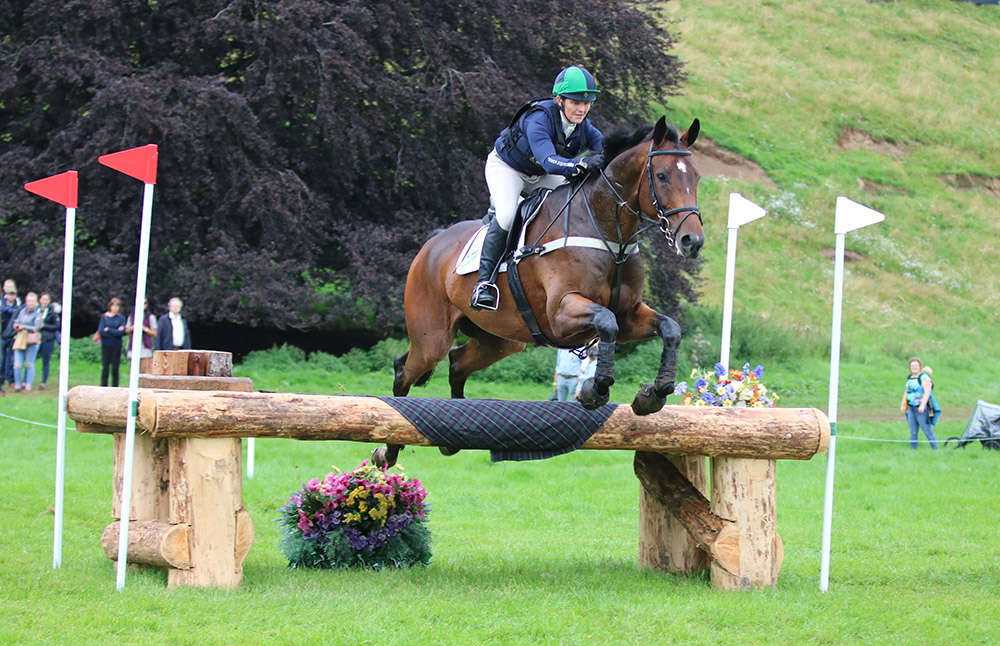 Polly Stockton, who already has two international wins at Land Rover Blair Castle to her credit, is in pole position in the CCI2*-L with Sir Alfred II. She shared second position after dressage with Germany’s Josephine Schnaufer (Ronaldo IV) on 30.5; both riders went clear across country with no time-faults, but Polly was closer to the optimum time so officially took the lead.

Josephine, who is also in fifth place on seven-year-old Viktor 107, said: “I bought Ronaldo IV from the Czech Republic as a seven-year-old. He wasn’t at all easy at the beginning but is getting better and better – he’s a real pleasure to ride now.

“I thought it was a technical, tough CCI2*-L track when I walked it, but it was really fun to ride. The questions were clear to the horses.”

This is Josephine’s third visit to Land Rover Blair Castle, and she said: “It is one of the nicest events, and really good preparation for horses for the future.”

Hayden Hankey and the six-year-old mare Cartown Galaxy are just 0.1 penalties behind Polly and Josephine in third place.

“I bought her last summer when I went over to Ireland to judge hunters at Dublin Show,” said Hankey. “She’s one of the best I’ve ridden – straight, fast and brave.”