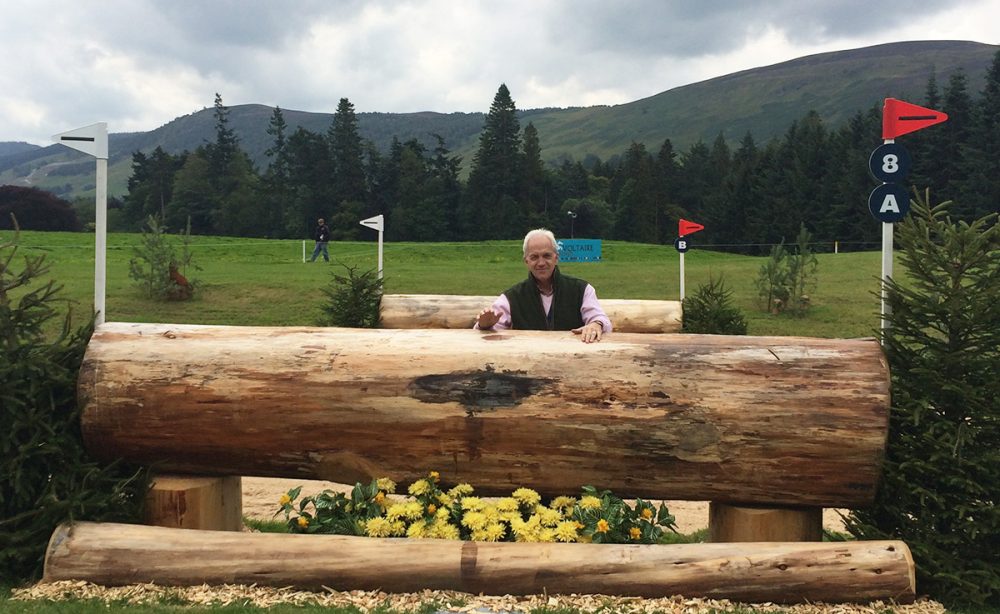 Ian Stark, the cross-country course designer at the Longines FEI European Eventing Championship, reveals what he has been up to at Blair Castle over the last few days:

I arrived on Monday morning and immediately went for a quick buzz around the course to make sure things were as I expected. Peter Wilson and his crew, who were stationed at various points around the course, carried out a few final alterations, and we eventually put out the flags… after months of planning and hard work we were ready for the riders, which is always a moment when I breathe a sigh of relief.

Horses started to arrive that evening although the majority of riders drove through the gates on Tuesday. Competitors have been settling in since then and I have spent much of my time going round the course with various officials.

First up were the Technical Delegates, Des Hughes and David Merrett. These are the people who have control over me, so they checked the course to make sure it was ‘legal’ and within the parameters that I can design to. After that it was the turn of the Ground Jury, Sue Baxter, Andrew Bennie and Sandor Fulop. The Ground Jury, who also judge the dressage, need to assess the course so they can raise any concerns that they might have – although it seems I have a reputation as not being the easiest person to tackle about making changes… Fortunately I can say that they have all been on song and happy to go along with everything I’d planned.

Last, but by no means least, it was the turn of the riders, who started walking the course from 4pm on Tuesday. So far, any concerns have been small; putting down a bit more sand in places, and dealing with a couple of low branches. On the whole, they appear to have a lot of respect for the course, realising that it needs a very fit horse – but saying that they are looking forward to riding it.

It’s always interesting watching riders walking the course because I have planned the track and laid the fences out but then sometimes I see them walking a line that I hadn’t contemplated. I really like that because it shows that they are taking it seriously, working out the best routes for their horses; it gives me a great boost.

Now we have reached the day before the cross-country. I’ve been juggling TV and press interviews and am also at the end of the radio in case riders or chef d’equipes have any last minute issues.

Surprisingly I have been sleeping really well – until I got here, that is. Since then I’ve hardly got a wink because I am so nervous about the whole thing. Don’t be too surprised if you see me wandering around the village of Blair Atholl in the middle of the night tonight, it beats counting sheep!

The big day is tomorrow – we have been pretty lucky all week with the weather but there is rain forecast tonight, I just hope the forecasters are wrong…