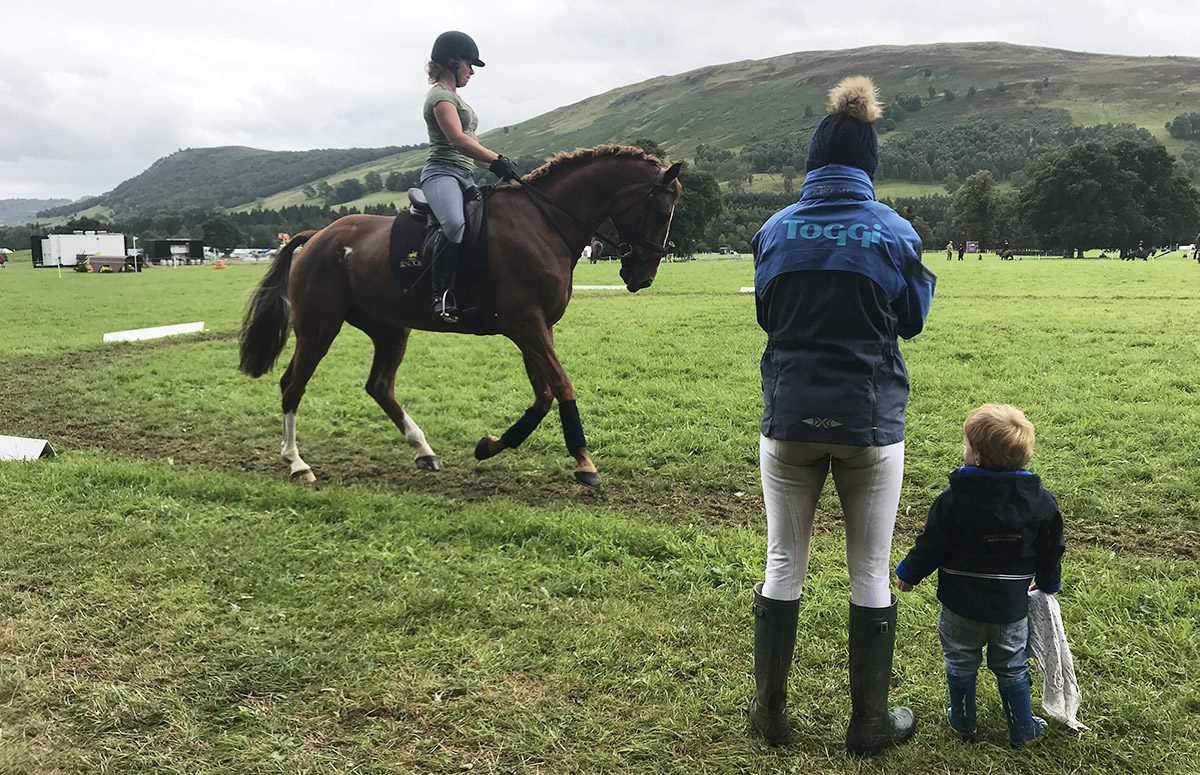 Hannah Norvill is quietly excited. And rightly so. The 26-year-old Kiwi will be contesting her first CCI2* this weekend with her eight-year-old gelding Magic Roundabout IV, her equine partner of two years, having bought him from Laurence Hunt who had taken him to Novice level.

Hannah also finds herself in the slightly unusual position of competing against her boss this weekend. That boss is none other than Piggy French, recently announced as part of Great Britain’s team heading out to the World Equestrian Games in Tryon with Quarryquest Echo.

“Everyone on the yard is so excited,” said Hannah. “We had a few drinks when the team was announced. She so deserves it – she’s had a rough few years.”

That excitement works both ways. When Hannah and Magic Roundabout finished third in their first CIC2* at Rockingham Castle back in May it was debatable who was most excited about the result, Hannah or Piggy, despite the fact Piggy actually won the class with Susannah Paybody’s Castletown Clover.

“She’s so supportive and great to work for,” continued Hannah who has worked for Piggy since 2012 following a recommendation from Judy Bradwall for a week’s work experience. “She puts her trust in us all on the yard and we put our trust in her – she’s very hands on and is always there to help with the horses. I rely on her for guidance on where to run Magic as he goes up the grades and she very much suggested we come here for the 2*.”

So how is Hannah feeling about competing at Blair?

“I was really keen to come as I’d heard a lot of people talking about it,” she said. “Magic is a good jumper and I’m pretty certain he’ll cope with the hills OK as he has enough Thoroughbred blood. He can be a bit of a bright spark in the dressage but I’m hoping for a score in the low 30s so we’ll see.”

“I ride Brownie a lot at home and competed him while Piggy was pregnant with Max so we know each other really well,” she admitted. “It’s not a case of us both focussing on our own horses while we’re here though – we’re a team. Piggy will give me time to do that but she’ll also help me out and I’ll help her and the girls with the other horses. Hopefully between us we’ll get a good result.”