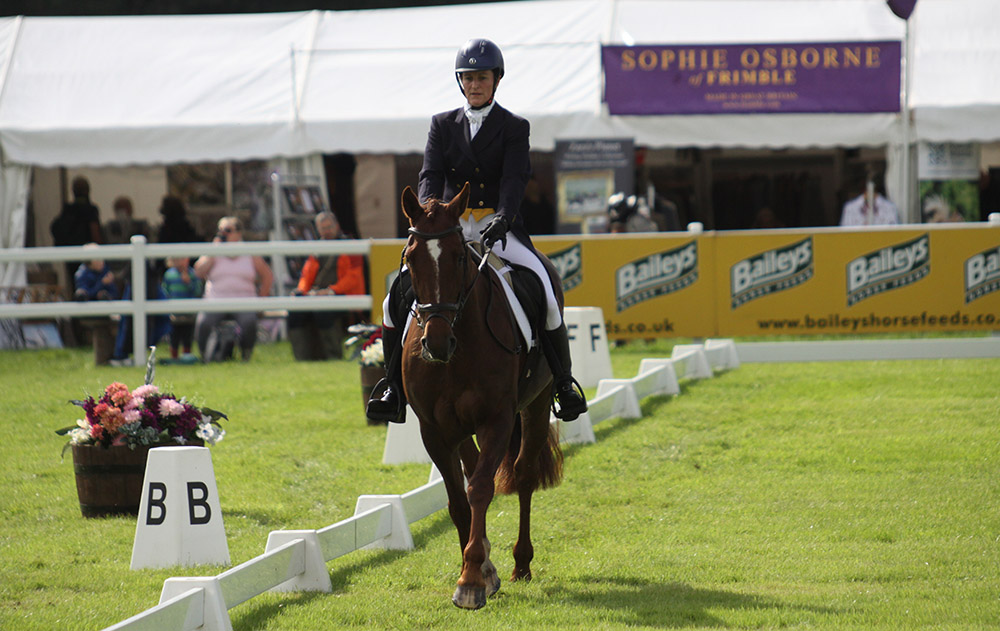 Two Scottish riders have graduated from the Grassroots Eventing Festival at Land Rover Blair Castle International Horse Trials to ride in their first senior international class, the CCI2*-L, at the 2019 event.

Dawn Morley, from Newburgh, to the north of Aberdeen, competed in the 100cm section in the Scottish Grassroots Eventing Festival at Land Rover Blair Castle in 2018 on her 13-year-old chestnut mare Amier, finishing 13th. After a successful season this year, Dawn – a chemist in the oil and gas industry – decided to made the big step up to the CCI2*-L.

“We were on a roll, she’s fit and we worked really hard at it, so we decided to take our chance,” said Dawn, who has also worked as a volunteer on the information desk at Land Rover Blair Castle for the past few years.

“I have family who live locally to Blair and I’ve been coming here to the event since I was tiny, so it is a dream come true to ride here – I can’t quite believe it,” said Dawn. “Amier is such a special mare; she can be spooky in the dressage but she’s unbelievably brave. Our aim this weekend is for a first international completion – I’d just love to finish.”

Dawn and Amier scored 39 in the dressage, which leaves them in a respectable joint 26th place.

Meanwhile 19-year-old Amy Beck and Kilmanahan Garrison Lady are in 40th at this stage with a score of 43.9. Amy, a law student at Strathclyde University, comes from Elgin and is also riding at her first senior international competition this weekend.

She was given the nine-year-old mare by a friend, “because she was very difficult,” said Amy. “It took me two years to get her to stay in a dressage arena! But we’ve finally cracked it, and she’s a really good jumper.

“I really wanted to ride at Blair, and it’s cool to be here wearing top hat and tails this year!”