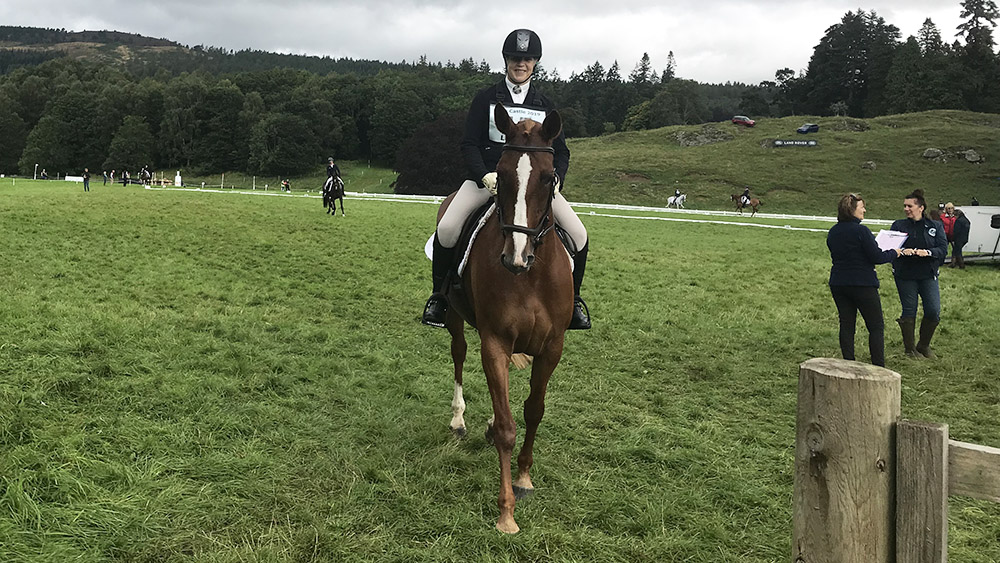 It isn’t just the international competitors who travel hundreds of miles to compete at Land Rover Blair Castle. Louise Le Geyt, 55, lives in Buckinghamshire, but is relishing her first visit to Blair to compete in the Scottish Grassroots Eventing Festival.

“I rode at Badminton in the grassroots championship there this year, and then thought, ‘what next?’” explained Louise. “Then I saw there was a Scottish grassroots championship, so my husband and I took horse and golfclubs and went on holiday to Hopetoun in June, and I qualified for Blair by finishing third in the BE90 there. I thought, ‘job done!’ but we went on to Forgandenny in July, staying with a lovely family for two weeks, and I won.”

She continued: “I must say, the two Scottish events I have been to have been the nicest I have done – so friendly and sporting, like a big family.”

Louise’s ride at Blair, the 10-year-old mare Quarter Of, is home-bred.

“She’s called that because she’s one-quarter New Forest pony, and also because four family members each own a quarter of her,” said Louise. “We bottle-fed her as a foal because she nearly died. She was bred for my daughter to compete, but she wasn’t interested so I had to take over – it was either that or sell her. I did event at CCI4* level a long time ago, but I hadn’t evented for more than 25 years until she came along.”

The pair have had considerable success, and won the popular 90cm arena eventing challenge at Blenheim Horse Trials last September.

“I stick at 90cm these days because I’ve had four total knee replacements, have rods in my back and a collarbone missing,” said Louise. “I think Blair is wonderful, and we like it so much that we are thinking of moving up here.”