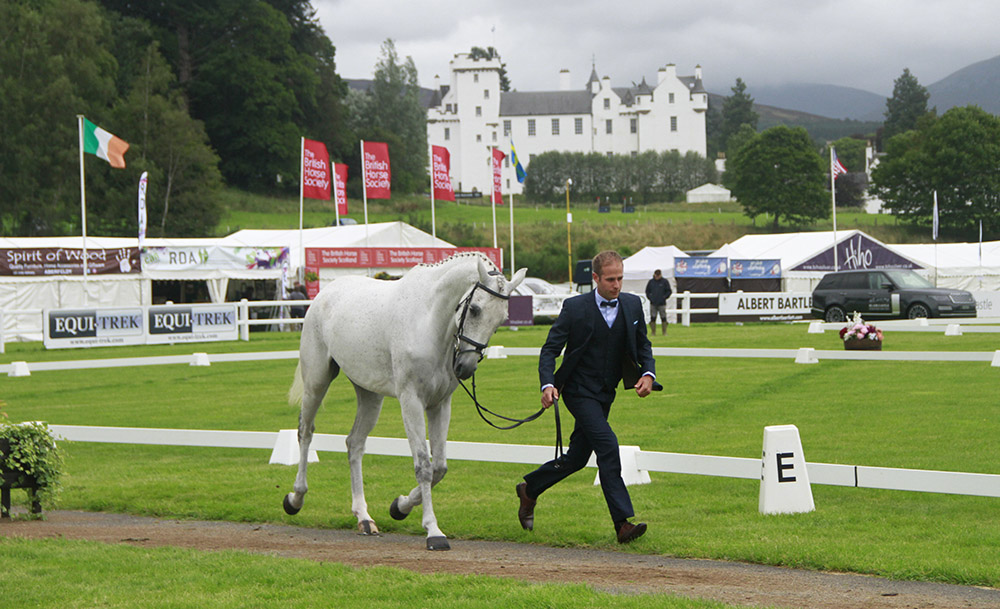 There was a nervous moment for one two-star competitor, Dawn Morley, whose ride Amier was sent to the Hold Box. Carolyn James and Adrian Buzzard accepted the combination when it represented.

Christina Klingspor and Dushyant Bali directed Both Philippa Nixon’s Arctic Cruising and Josephine Schnaufer’s Pasadena to the Hold during the three-star inspection. The former was accepted second time around while the latter withdrew without representing.

Judy Hancock, Tracey Trotter and Faith Ponsonby passed all runners in the four-star.

As usual, HiHo Silver judged all the riders on their outfits, in search of their choice of best dressed male and female rider. Local rider Wills Oakden (pictured) took the boys prize. He was wearing a very dapper dark blue three piece suit, pale blue shirt and dark blue bow tie. Meanwhile Fife rider Pollyanna Smith claimed the girls prize. She looked super smart in a pale pink short skirt and cape, and a white shirt – all of which were trimmed with the same patterned fabric. Pollyanna accessorised the look with a smart hat and long tasselled boots.

Tomorrow’s action kicks off at 8.30am with the Hunter Show, Highland Pony show classes starting half an hour later. Two-star dressage begins at 9am, three-star at 10.15am and four-star at 2pm.