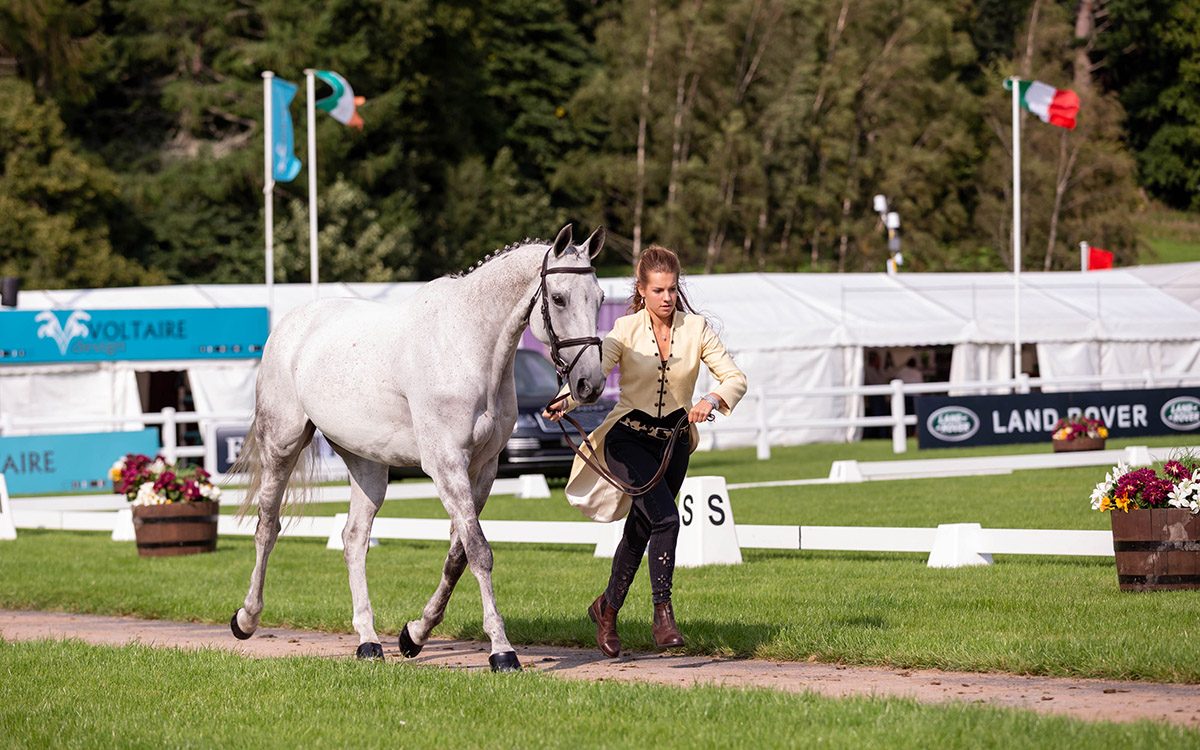 The first horse inspections in the CCI1, 2 and 3* sections coincided with sunshine breaking through the clouds at this year’s Land Rover Blair Castle International Horse Trials.

In the CCI3* Jonelle Price’s Cooley Showtime was sent to the holding box but was subsequently accepted by the Ground Jury. All 24 remaining competitors were passed first time.

All went according to plan in the CCI2* other than a nervous moment for Sophie Platt when Be Be III was asked to trot up twice before being accepted. Last to present, Lucy Frankham also had her hands full containing a very exuberant Tulla Inspector.

There was more drama in the CCI1*. James Rushbrooke with Law And Order, Caroline Clarke and Krafty King and Lesley Barwise-Munro with Something About Danny were all sent to the holding box and asked to re-present before being accepted. Unfortunately Daniel Scott and Thatsmylot were not so lucky and were spun.