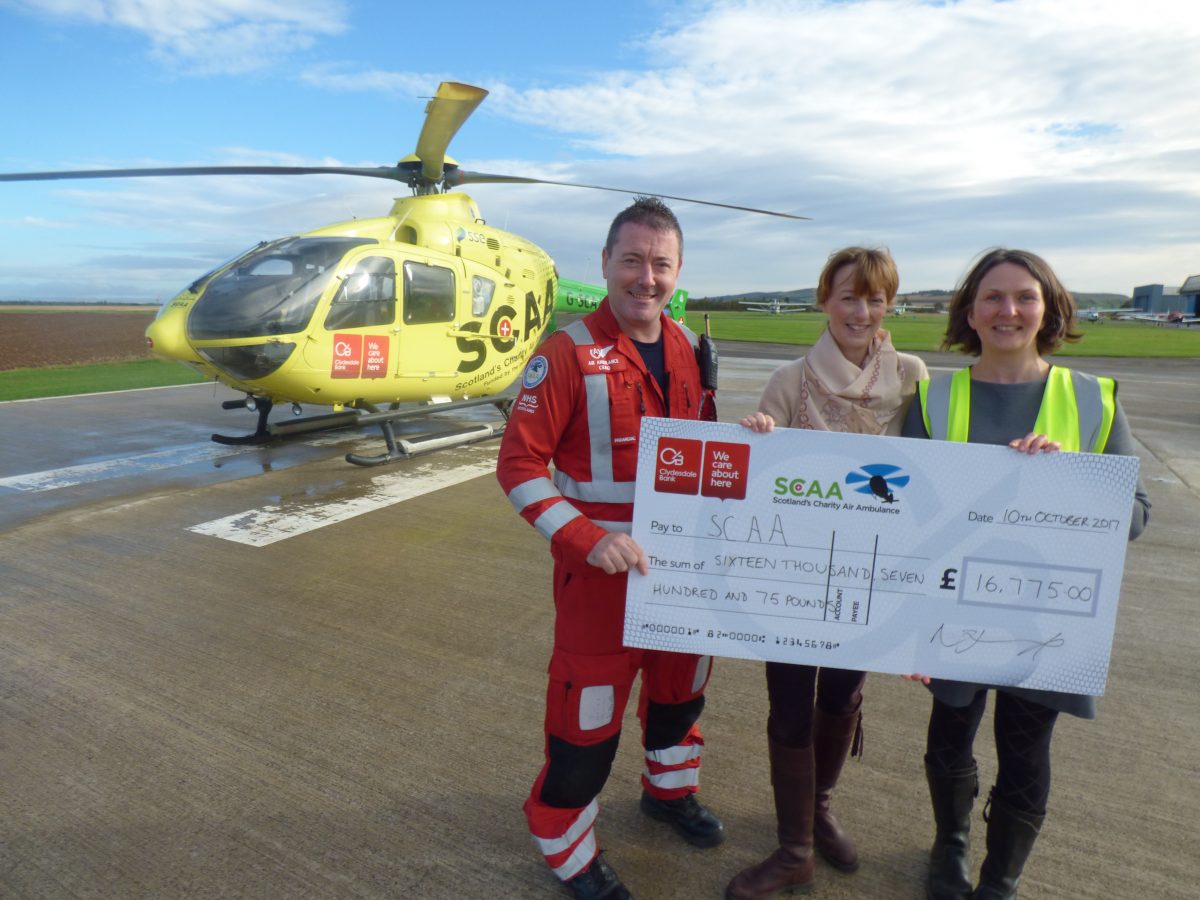 SCAA, Scotland’s only charity-funded air ambulance helicopter, was the 2017 official charity partner of this year’s event.

Through a variety of fundraising activities and corporate support, SCAA secured nearly £17,000 during the event, providing a valuable contribution to their vital service.

Among the activities in aid of SCAA were a Whisky Tasting and staff fundraising by Morrison and MacKay, a Family Fun activity area throughout the four days, a sponsored abseil from the historic tower of Blair Castle and a Shop and Drop service for the many thousands of visitors to the event. The Horse Trials team organised activities also helped boost the fundraising total.

“Around one in 13 of the emergencies responded to by SCAA is equestrian related and It is clear that many horse riders understand – often from personal experience – the value of an air ambulance in such time-critical situations,” said Helen. “I think that recognition and support is reflected in the fantastic amount raised for SCAA throughout the course of the event – the largest gathering of the equestrian community in the country.”

“From the moment we set up until we left, our team of volunteers were bowled over by the warm reception the equestrian community extended to us,” she explained.

“It was a pleasure to work with the whole event team and we are very grateful to them for selecting SCAA to be part of such a prestigious international event.”

Nicky Townshend, Assistant Director of Blair Castle Equi-Trek International Horse Trials, said that Atholl Estates and Blair Castle had been delighted to work with such an enthusiastic team of fundraisers.

“The lifesaving work of Scotland’s Charity Air Ambulance is vital to so many people who visit, live or work in Scotland,” she said, “and we are happy to do our part in ensuring they are there whenever a call comes in.”