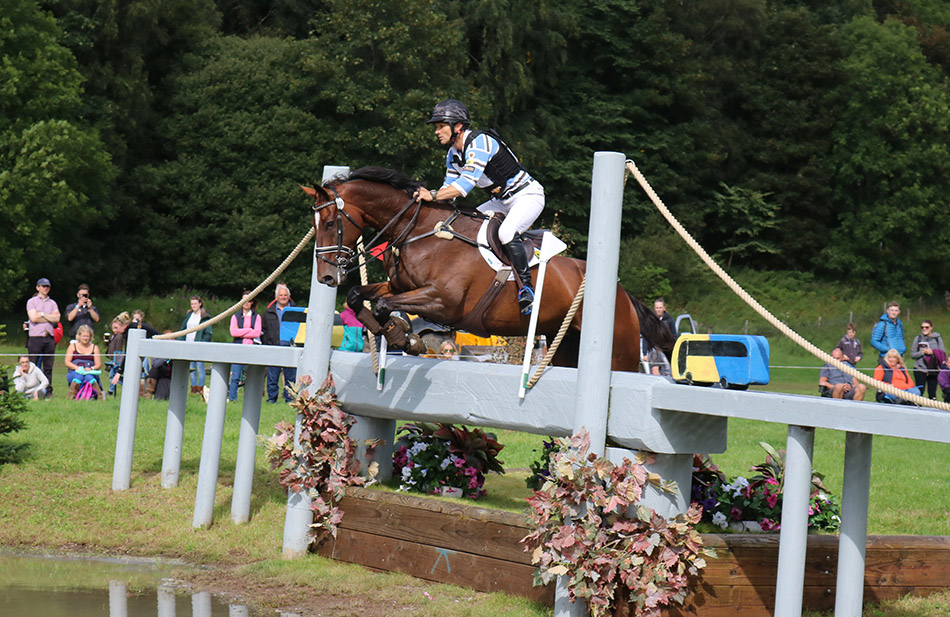 As expected, the optimum time proved the most influential factor in the final cross-country phase of the Event Rider Masters (ERM) CIC3* and it was two Australians, Shane Rose and Christopher Burton who lived up to their reputations as ‘speed kings’ to take the top two podium places. Great Britain’s Oliver Townend was third.

Shane had been in third place after dressage and showjumping with Virgil but a clean cross-country round just four seconds over the optimum time of seven minutes saw them complete on 45.9. Shane has been based with fellow Aussie Sam Griffiths while he has been in the UK and will shortly head home:

“The ERM is the greatest competition in the world and I’d love to come back here and be part of it in the future,” said Shane. “Virgil has been super all weekend – he did the best dressage test he’s ever done and he’s always been good across country but we certainly don’t have ground and hills like this at home!”

Christopher Burton concurred: “Shane and I walked the course together earlier. We got to the top of the hill and I said to him that’s a bit different to Sydney isn’t it?”

He and Graf Liberty completed the track in the fastest time of the day, adding just .8 of a time penalty to their two phase score to complete on 47.7.

“His owners and I deliberated whether to run him across country after he had two showjumps down but he has so much engine and loves his job that we decided to go for it.”

Oliver Townend gave it his all with Cooley Master Class. The pair had a nine second margin over Chris and Graf Liberty when they set out across country but came home 20 seconds over the optimum – the terrain and ground simply not suiting the horse.

Gemma Tattersall and Pamero 4’s fourth place was enough to secure Gemma the overall 2017 ERM series title and much sought after £30,000 leading rider prize ahead of the final leg at Blenheim in a couple of weeks time.

“It’s an incredible feeling to wrap things up here,” said Gemma, “I can just go to Blenheim and enjoy it now. I’m so happy to have won – where would we be without this series now?”

As in yesterday’s other CIC3* section, the Boats and Lobster Pots at fence 9 proved the most influential fence on the course, catching out among others, potential winners Beanie Sturgis and Lebowski. Frankie Reid-Warrilow and Dolley Whisper, leaders after showjumping finished sixth after collecting 16.4 cross country time penalties. 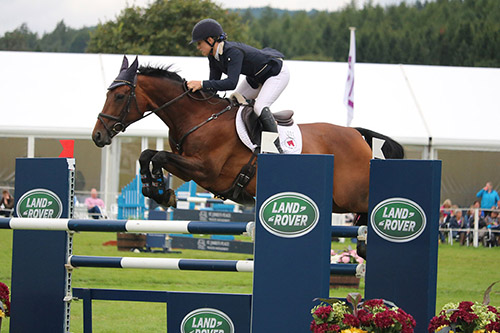 It was all change at the business end of the Event Rider Masters (ERM) leaderboard after this morning’s showjumping session, with only Oliver Towened and Cooley Master Class (fourth) retaining their dressage placing.

The optimum time proved very tight but a brilliant clear round from Frankie Reid-Warrilow and Dolley Whisper, in what is their first ERM appearance this year, saw them rise from fifth after dressage to first on 40.4. Current series leader, Gemma Tattersall, also posted an important clear with Pamero 4 to move up from seventh to second, with Australia’s Shane Rose and Virgil another one rewarded for avoiding jumping and time faults with a climb from ninth to third.

The save of the day went to Sweden’s Ludwig Svennerstal. His horse, El Kazir SP, missed its take off and crashed through fence 10 losing the majority of its bridle in the process. Ludwig managed to stay on and, cool as a cucumber, replaced El Kazir’s bridle while still mounted and complete his round. 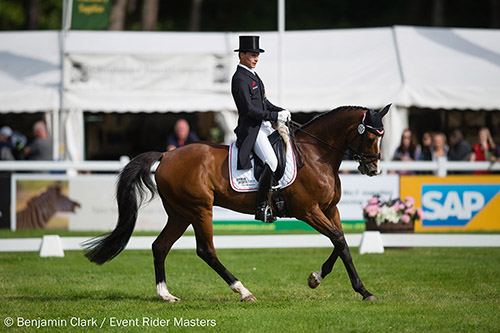 “I’ll have to kick on across country now,” laughed Niklas as he exited the arena, the first to break the 40 barrier. “When I got on him this morning he felt amazing and was really focussed in the arena. He’s a good show jumper so hopefully that won’t cause any problems but I’ll take it step by step.”

Niklas is studying Medicine at university in Germany and has made the trip over to the UK specifically for Blair as it has been a happy hunting ground for him in the past. He finished second in the CCI3* and seventh in the CCI1* with Ballyengland Rebel and Ikonic II respectively in 2013.

Sir Mark Todd was very happy with Kiltubrid Rhapsody’s test. At 10 years old, the horse is still relatively inexperienced, despite finishing third in the ERM leg at Barbury.

“He can do all the moves but he’s still a bit wobbly in places,” admitted Mark. “He went really well at Gatcombe a couple of weeks ago so he’s certainly fit enough now. The hills on the cross country here aren’t ideal for him as he’s not thoroughbred, but he has a good gallop so we’ll see.”

With £16,000 prize money going to the winner of the class and a further £30,000 to the overall series winner, there’s all to play for in tomorrow’s showjumping and cross country phases.