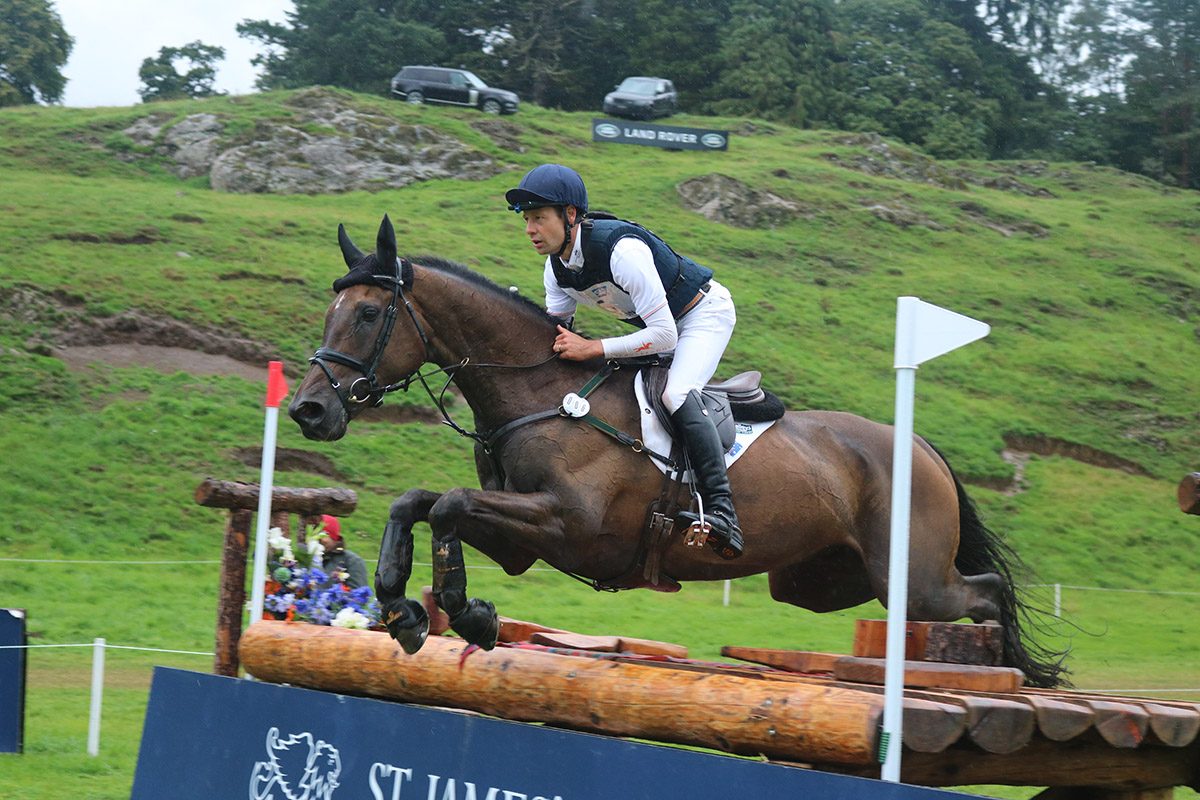 Christopher Burton took not just the final leg of the 2018 Event Rider Masters series, but also the series itself. Second after dressage riding Graf Liberty, the pair dropped two places to fourth due to a lowered show jump pole – although given this is Graf Liberty’s weakest phase this was perhaps a good result.

The only pair to make the optimum time across country in dire weather conditions, they moved to the top of the table when Oliver Townend and Cillnabradden Evo picked up 2.8 time penalties, Shane Rose 9.6 and leaders going into the cross country, Emily King on Dargun, pulled up early on the course.

Chris admitted afterwards: “I was very nervous before I set out, worried that I would do something silly like jump the wrong fence. I’m stoked the horse ran so well and it’s great to have won not just the leg, but the series.”

Dressage leaders Oliver and Cillnabradden Evo had also lowered a show jump so needed to make the optimum to stay ahead of Burton. ‘Gary’ gave it his all, but the heavy going after several hours of relentless rain proved too much.

“I’m thrilled, both for the horse and for his owner, Sally-Anne Egginton,” said Oliver. “He’s a very special horse. He doesn’t really have the gallop for this sort of going but he dug deep, and after every fence took a deep breath and picked himself up again.”

Perhaps the most surprised rider on the podium was third placed Emily Philp whose ride Camembert added just 2.4 cross country time penalties to their first phase score. “I was daring myself not to take a pull [around the cross country course],” she said. “He gave me an amazing ride, this hasn’t sunk in yet.”

Earlier in the day Emily had climbed from 11th to sixth with their showjumping clear, Shane Rose moved up from seventh to second, and Emily King from third to first; just eight combinations kept all the coloured poles in their cups.

Cross country clears were the norm, but accompanied by significant numbers of time penalties. Just Kate Rocher-Smith and Matt Hecking were eliminated.