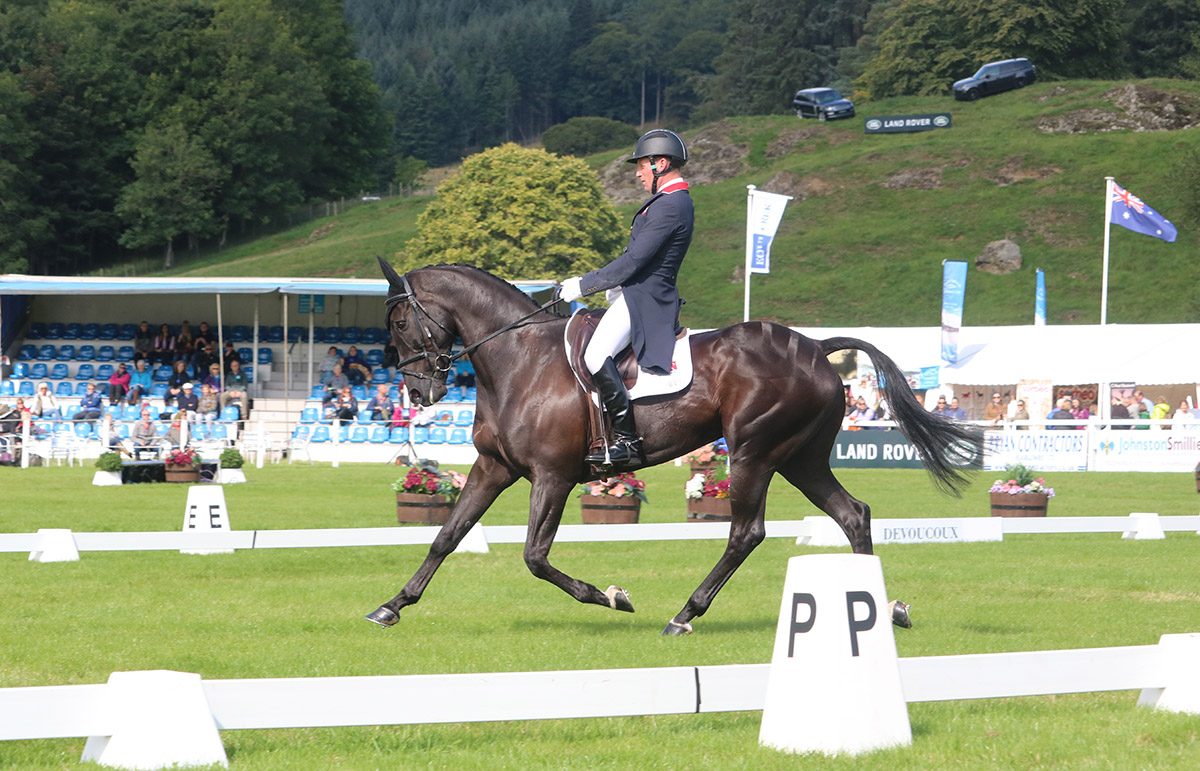 Having filled the top three placings in the CIC3* dressage yesterday, Oliver Townend’s domination continued today in the Event Rider Masters class. He rode in to the top spot on short format specialist Cillnabradden Evo, on whom he won here at Blair two years ago.

“It felt pretty disasterous to be honest,” Oliver admitted, “but it’s good to still come out on top. Cillnabradden Evo is feeling very well and ‘bright’, which is good for some bits of the competition but not necessarily the dressage!”

With Oliver on a score of 26.4, Christopher Burton – the current ERM series leader – and Graf Liberty are just half a penalty off the pace. Delighted with their test, Chris admitted that that his ride is not the best showjumper but: “the cross country phase should be OK, despite the promised rain.”

Emily King and Dargun complete the top three with a score of 27.1 going in to tomorrow’s showjumping.

Looking ahead to tomorrow’s cross country phase, Oliver believes that the course will be influential – particularly if the forecast rain materialises. “There are a couple of fences out there, such as the hanging log to double of angles hedges [15&16] that are more championship than CIC3* fences. It will be interesting to see how the horses read the questions.”

Chris Burton added: “The course is a bit different this year. The designer has gone for slightly short distances in places – last year they were slightly long. I think he is trying to slow us all down a bit. There are definitely a few fences that could cause a problem.”