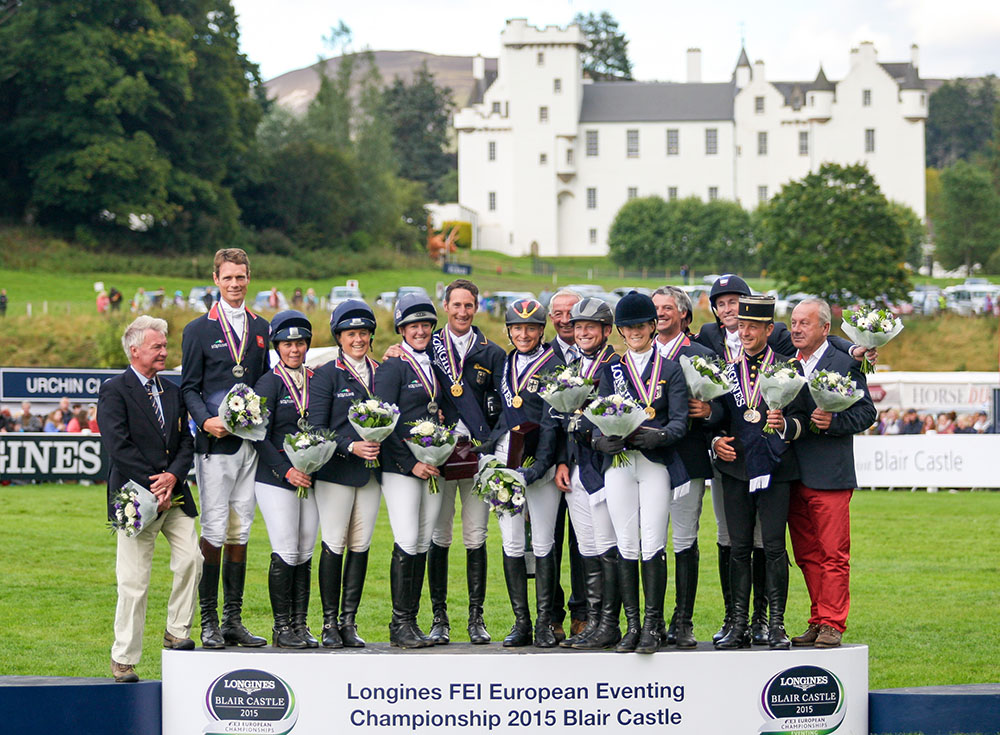 At a gala dinner on 5th October the 2015 FEI Longines European Eventing Championship, held at Blair Castle in Perthshire, was awarded the International Event of the Year at the Drum Scottish Event Awards, held in association with EventScotland.

The Championship, which took place in September 2015, beat the IPC Swimming World Championships 2016 to the top spot in this category, while also reaching the final of the People’s Choice Award Event of the Year. To complete the hat-trick, the event is also a regional finalist for VisitScotland’s Thistle Award for the Best Sporting Event of 2015, a prize which is yet to be announced.

Sixty three thousand visitors attended the Championship, where Great Britain secured a team silver medal. Those present for the final ceremony were privileged to see Her Majesty The Queen present the medals – the icing on the cake for a remarkable week of world class sport, played out in the breathtaking scenery of the Scottish Highlands.

Paul Bush OBE, VisitScotland’s Director of Events, said: “The Drum Scottish Event Awards in association with EventScotland celebrate the strength of Scotland’s events industry, and I am delighted that the 2015 FEI Longines European Eventing Championship at Blair Castle collected the International Event of the Year award.

“This landmark occasion, supported through EventScotland’s International Programme, was incredibly beneficial for the local area, making it well worthy of such a prestigious accolade.”