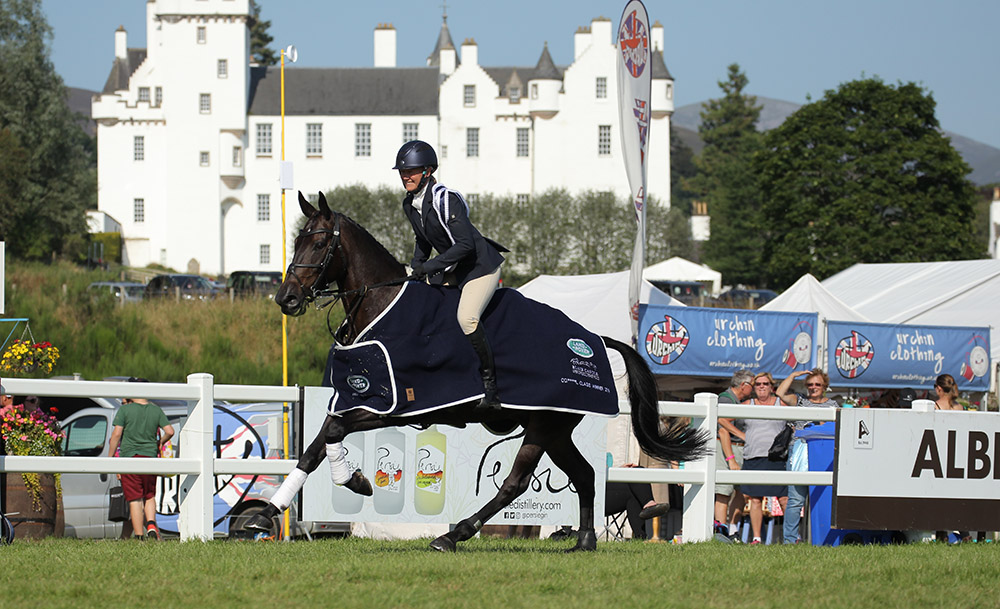 The pair had the luxury of three fences in hand over runners-up Rosa Onslow and Diamond Sundance going into the show jumping arena but they required none of this buffer, concluding their Blair campaign with a classy clear round, although like all competitors in this small class, they picked up time faults.

“I’m thrilled he jumped clear,” admitted Emily. “This win is really special as I think an awful lot of him and I’ve not been this close to a big win since finishing second in the U25 Championship at Bramham in 2002.”

Gortfadda Diamond was none the worse for wear after posting the fastest cross-country time on Saturday.

“He felt quite bright in the collecting ring,” said Emily, “and I was almost thinking I should have worked him harder. He’s just an amazing horse – he’s come on so much in the last year and I’m very proud of him.”