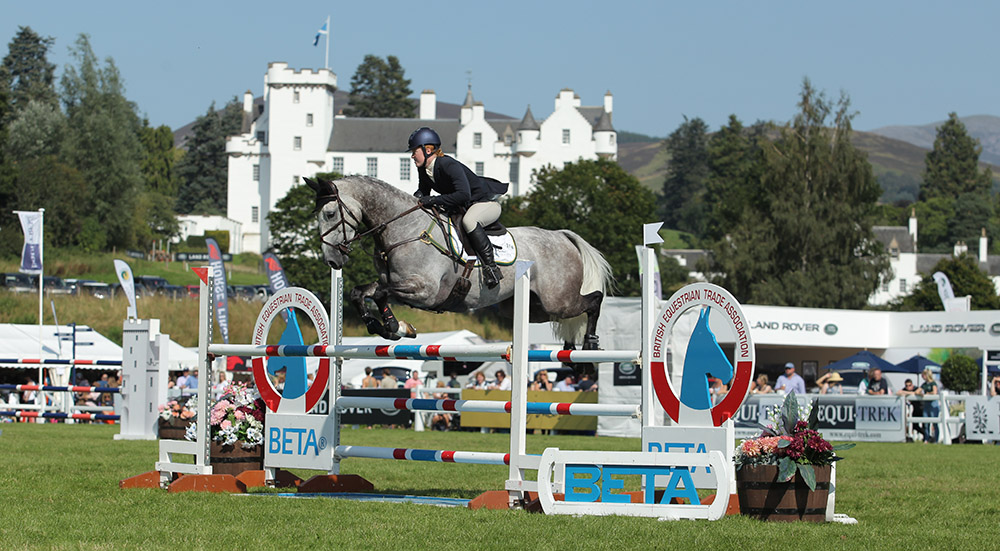 Eleanor, a student at Reading University, was 13th after dressage with a mark of 36.1, but added nothing to that score to take her first senior international title.

“I’m very relieved – I didn’t expect it and it’s a very good birthday present,” said Eleanor. “The second and third riders both jumped clear and I knew I couldn’t even have a time-fault.”

Eleanor’s parents, Margaret and Simon, bought eight-year-old Limestone Romeo from the Goresbridge Going For Gold sale as a five-year-old, and Eleanor has produced him through the grades herself.

Victoria Wilson was second, just 0.6 of a penalty behind Eleanor, on Dont You Know. Victoria, 20, finished on her dressage score of 36.7 at her first long-format three-star event.

“I only came here for a qualifying score – I can’t believe it,” said Victoria. “He’s phenomenal – he’s the only horse I have to event, I did my first ever British Eventing competition on him; he’s taken me all this way and I hope we’ve got much further to go.”

Third was Ashley Harrison, who also completed on her dressage score (38) on Zebedee IX. It made up for quite a dramatic week for the 26-year-old: Ashley’s lorry broke down on the way up to Land Rover Blair Castle from her Hampshire home, she dropped her phone in the loo and Zebedee IX lost a shoe yesterday after the cross-country.

“But this makes up for it – it’s a brilliant event and I’ll definitely be back,” she said. “He made the cross-country feel as easy as it could be yesterday.”