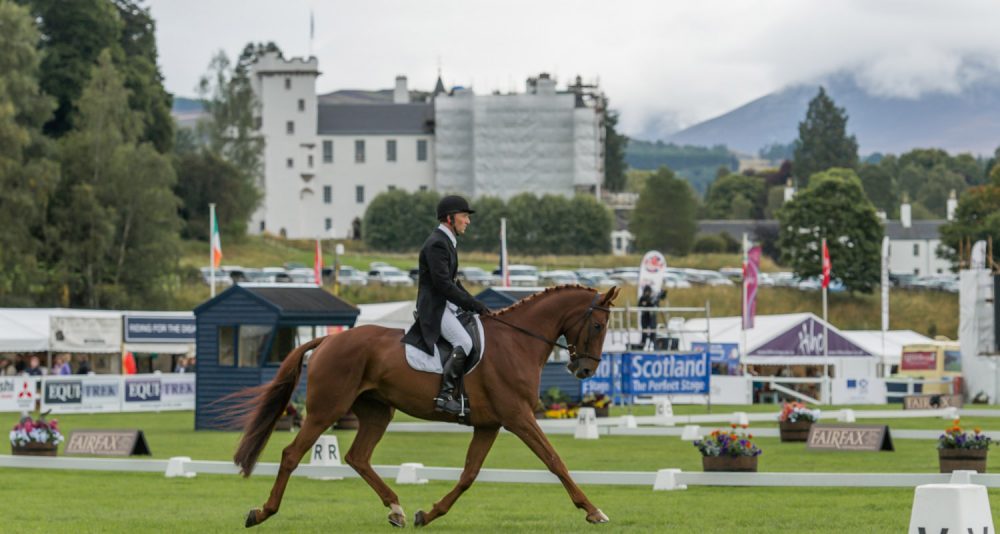 When David Gatherer is counted down from the cross-country start box tomorrow morning it will be the 11th time since the start of the millennium that the 53-year-old has come under starter’s orders at the Blair Castle Equi-Trek International Horse Trials.

David, who rides his own Bendy Bob in the CCI1*, first cut his three-day eventing teeth at Blair back in 1993 on a horse called Spook; he finished seventh in the CCI2*, went on to complete Boekelo CCI3* the following year and tackled his first Burghley on the same horse in 1995 when he finished 27th.

“You couldn’t do that nowadays with the stricter qualifications,” grins the tall, quietly spoken Scotsman, who maintains that it is a definite advantage knowing the natural peaks and troughs of Blair’s spectacular parkland. “A lot of people walk the course here and think it looks on the soft side, but they underestimate the effect of the terrain.”

David clearly remembers the days when Blair ran as a long format three-day event with steeplechase and roads and tracks phases.

“The roads and tracks wove all the way up around the castle. The view was spectacular, but it was a heck of a long way round,” he recalls. “The steeplechase took place on the on the flat ground beyond the cross-country start and finish. It’s a stiff test now, but back then it was a real endurance competition and you needed a really fit horse.

“There is a steep uphill pull at the beginning of the course this year, which I think will make the combination fences immediately afterwards influential. It’s important to settle the horse into a rhythm and not set out too fast.”

A regular on the Scottish circuit, David earmarks Blair at the beginning of each season. “It’s the most convenient major event for me location-wise and it also happens to be the most wonderful place to come and compete,” he said.

David did not start eventing until his thirties, having forged a career first as a park ranger and then as an outdoor activities manager at Clyde Muirshiel Regional Park in south west Scotland.

“My job now involves developing the park as an outdoor activities base,” he explained. “We are particularly focusing on providing for special needs children; we’ve even have some of the Paralympians coming for training.”

David has now scaled back his eventing and has just two horses competing. He is also one of the British Eventing Under 18 trainers for Scotland. “These days I tend to compete in order to keep abreast with what’s happening in the sport,” he explained. “I have Bendy Bob [his ride here] and another novice horse.”

Bendy Bob – so called because his legs were impossibly doubled up underneath him at birth – is now nine years old and came as a “job lot” when David bought his mother, who was carrying him at the time, plus a two-year-old half-brother.

“He’s the biggest diva in the world,” he laughed. “He takes after his mother and is a real red head.”

The chestnut gelding nevertheless pulled out the stops in the dressage arena this morning to score 49.9, which leaves him well within the top third of the field at this stage.

“I was really pleased with his test. He can be hot and tense, but he stayed relaxed and we just had one mistake when he broke in the counter-canter,” said David. “It’ll be interesting to see how he copes on Saturday. He’s only a half-bred, so he wouldn’t have the biggest engine, but I’m really looking forward to riding him round.”