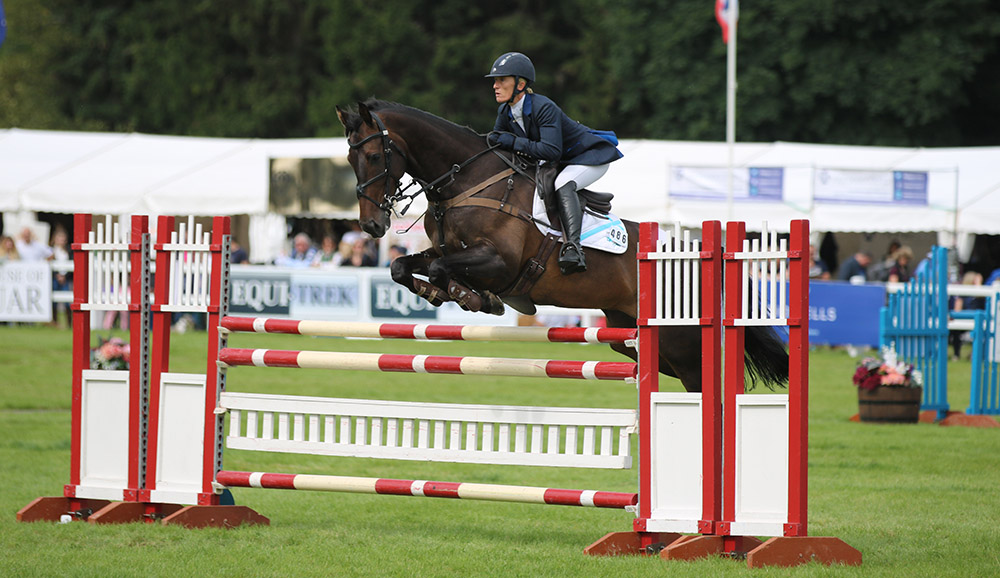 Daisy Berkeley has held on to her lead in the CCI4*-S after showjumping with a clear round on Ballinteskin Cooper S. The 10-year-old threw Daisy up into the air over fence three and it wasn’t the smoothest round they have jumped together, but they never looked in danger of touching a pole and remain on their dressage score of 30.4.

“I nearly fell off over fence three – both my knees came off the saddle and my hat tipped forward over my eyes,” admitted Daisy, who has won several team medals for Britain at major championships in the past. “But he has so much scope and wasn’t ever going to touch a fence. Now I am going to have to go fast across country tomorrow!”

Sam Ecroyd also showjumped clear on Davinci III and is in second place, just 0.1 of a penalty behind Daisy. Third is Perthshire’s Wills Oakden, whose clear round on Oughterard Cooley means he stays on his dressage mark of 34.2 and climbs up from ninth place after the first phase.

There were just seven showjumping clear rounds in Land Rover Blair Castle’s large, atmospheric arena. France’s Astier Nicolas, who was in joint second place with Sam after dressage, tipped the second part of the double and is now in fourth place with Babylon De Gamma, while Northumberland rider Jessica McKie’s clear on Ask The Boss means she is in fifth place.

The CCI4*-S competitors tackle course-designer Alec Lochore’s cross-country track at 10.30am on Sunday morning, and the showjumping phase of the three long-format international classes follows on from that.