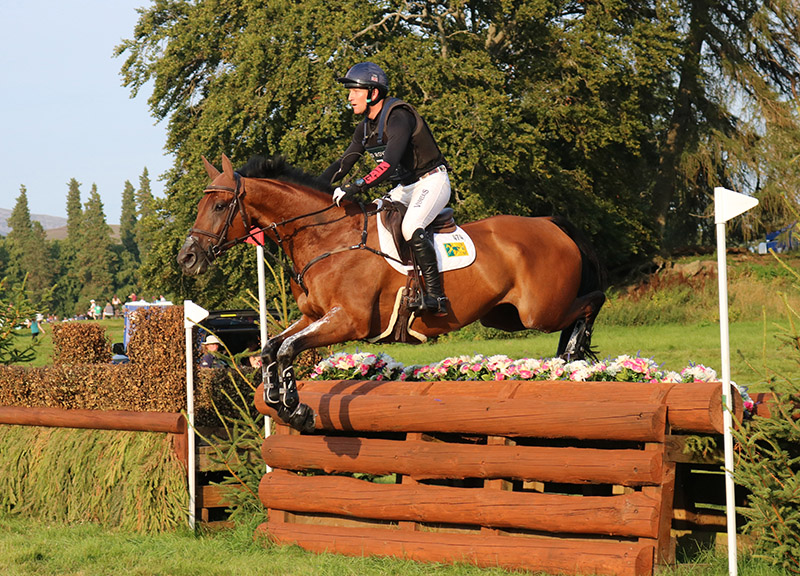 The big guns have thrown their hats in the ring, with some of the world’s leading riders putting in their entries to this year’s event, 25th – 28th August.

World Number One Oliver Townend has six horses listed in the four-star ‘short’ competition (where riders complete the showjumping before running cross country), including his Tokyo Olympics gold medal winning ride Ballaghmor Class. He has another one entered in the four-star ‘long’ (cross country before showjumping), two in the three-star ‘long’ and two in the two-star ‘long’. That’s a lot of dressage tests to remember.

Fellow Tokyo team gold medallist Tom McEwen is also returning to Blair, with an impressive – albeit shorter – string of horses. Tom has one in the four-star ‘long’, two in the four star ‘short’ and one in the three-star ‘long’.

Multi-medal winner, and defending Burghley champion Pippa Funnell has entered two runners in the four-star ‘short’, a class where Harry Meade has three horses entered. And let’s not forget former multiple Badminton winner and past Blair Castle cross-country designer Ian Stark who will again be partnering Chatsworth Diamond, this year in the three-star.

If you haven’t already bought your tickets, don’t miss out on what is going to be a fabulous few days of sport. There are currently just shy of 400 horse and rider combinations running in the international classes and a further 300 in the national classes (and that’s just the eventing…).

The show also hosts National British Showjumping, Highland Ponies, NPS Scotland, Ridden Clydesdales and Veterans, Hunter showing and Pony Club Games. And when you’ve have your fill of equestrian action, the shopping, dining and entertainment will also be fantastic.

General admission prices start at just £15 per person for one day, plus parking. If you want to make more of a holiday of it, a four-day season pass is £60 or a weekend pass is £39, both plus parking. VIP hospitality packages are still available, as are tickets to the Persie Gin Charity Tasting evening (Friday) and the Charity Whisky Tasting evening (Thursday) in ‘The Old Nag’ Whisky Lounge by Robertsons of Pitlochry and Spirit of Perthshire.