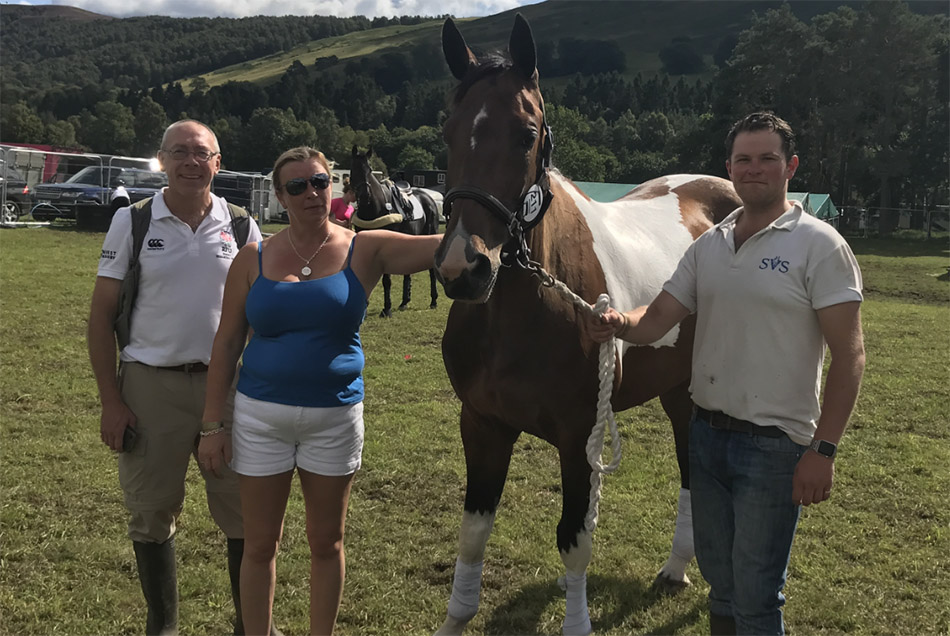 After a traumatic few years, which would have knocked some people out of the sport, Chantal Siddle today defied all the odds, and completed the CCI One Star cross country at the Blair Castle Equi-Trek International Horse Trials.

Chantal suffered a heart attack whilst competing just over two years ago, on the very same horse who today made her dreams come true.

Speaking about the Alec Lochore designed course, Chantal said, “It was tough, but amazing. The distance took me by surprise when I first got here. It’s nine minutes of galloping and it’s so undulating. Now it’s over, it’s such an awesome feeling.”

Completing such a challenging track, adding just time penalties to their dressage score, would have been no mean-feat with just Chantal’s accident. However, Kodaline also suffered a potentially career-ending injury in the Autumn of 2016.

“The build-up for the pair of us has been troubled. We came back from my heart attack and began competing in the 2016 season, but Kodaline got kicked after Osberton last year and broke his tibia.

“We had trouble bringing him back – fortunately my husband is a vet, and he has worked really hard. We competed at Stafford in mid-July and he felt good, so I thought, that’s it, I’m going to Blair. If not now, then when?

“I knew it would be a challenge, but I competed at Blair ten years ago in my first ever three-day event and I’ve not been back since. This was always my dream and to achieve it and jump clear is incredible.

“We came with the attitude that we’re lucky to drive through the gate, and then lucky to get through the trot-up. I’m here to enjoy it and that is what I’ve done.”

After such frantic preparations to make it to the event, Chantal is looking forward to tomorrow and hopefully landing her second CCI One Star completion on Scottish soil.

“Kodaline is a tough horse [to ride] on the final day because he gets very tired. I would like to maintain my composure and jump to the best of our ability, but it’s going to be a big push.

“You’ve got to live life and get on with it. Worry about tomorrow, tomorrow, but be sure to enjoy today, so that is what I shall do on Sunday.”

Blair Atholl holds a special place in Chantal’s heart. “I think Blair is the place dreams are made. It’s stunning, a fabulous show and everyone is happy. For the One Star riders, it is like a mini Badminton. Everything from the drinks reception in the castle, to galloping past Blair Castle on the cross country, it is just perfect.”

The CCI* concludes tomorrow, with show jumping commencing at 13.00 in the main arena.