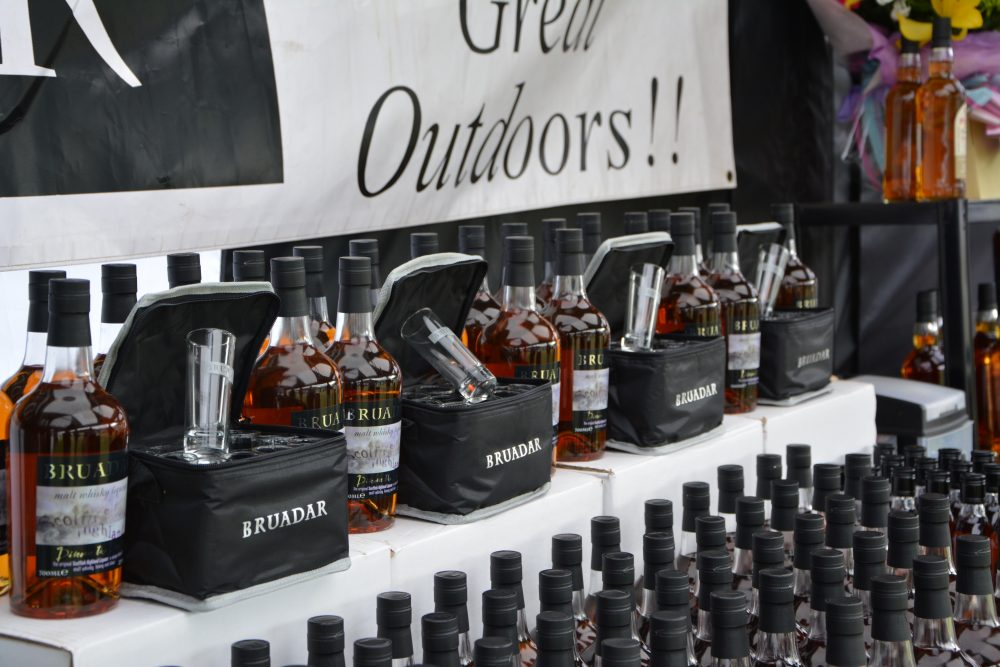 Visitors to this year’s FEI Blair Castle Equitrek International Horse Trials and Country Fair would do well to sample the event’s newly announced official drink. A beguiling blend of single malt Scotch whisky with a hint of honey and sloe berries, Bruadar is a delicious and versatile liqueur.

Supplies of Bruadar won’t have travelled far to reach Blair Castle; it is created in the heart of Perthshire by Morrison & MacKay Ltd, a family owned and managed business with three generations of expertise, an in-house bottling and blending facility and a dedicated, innovative team.

Bruadar has long supported Blair Castle Horse Trials, most notably with its sponsorship of the associated Country Fair which runs on the Saturday and Sunday. The Fair is a major attraction at the event, providing a raft of entertainment for those less horsey members of the family. On display this year will be flyball and falconry demonstrations, terrier racing, vintage tractors, and not forgetting Les Amis d’Onno equine-canine stunt team and the Drakes of Hazard.

“Blair Castle International Horse Trials is a key fixture in our year, both from a business point of view and from the pure enjoyment of being a part of such a great event,” said Kenny MacKay, Managing Director of Morrison and MacKay Ltd in Bankfoot. “We look forward to introducing lots of new people to the delicious taste of Bruadar – as well as catching up with customers we have met over the last 10 years of our involvement at Blair.

Shopping opportunities also feature high on visitors’ ‘To Do’ lists. Around 200 trade stands offer something to suit all tastes and budgets, from clothing and jewellery to fine art and four wheel drive vehicles. The large food hall always attracts crowds of shoppers, selling an array of handmade and unusual produce.