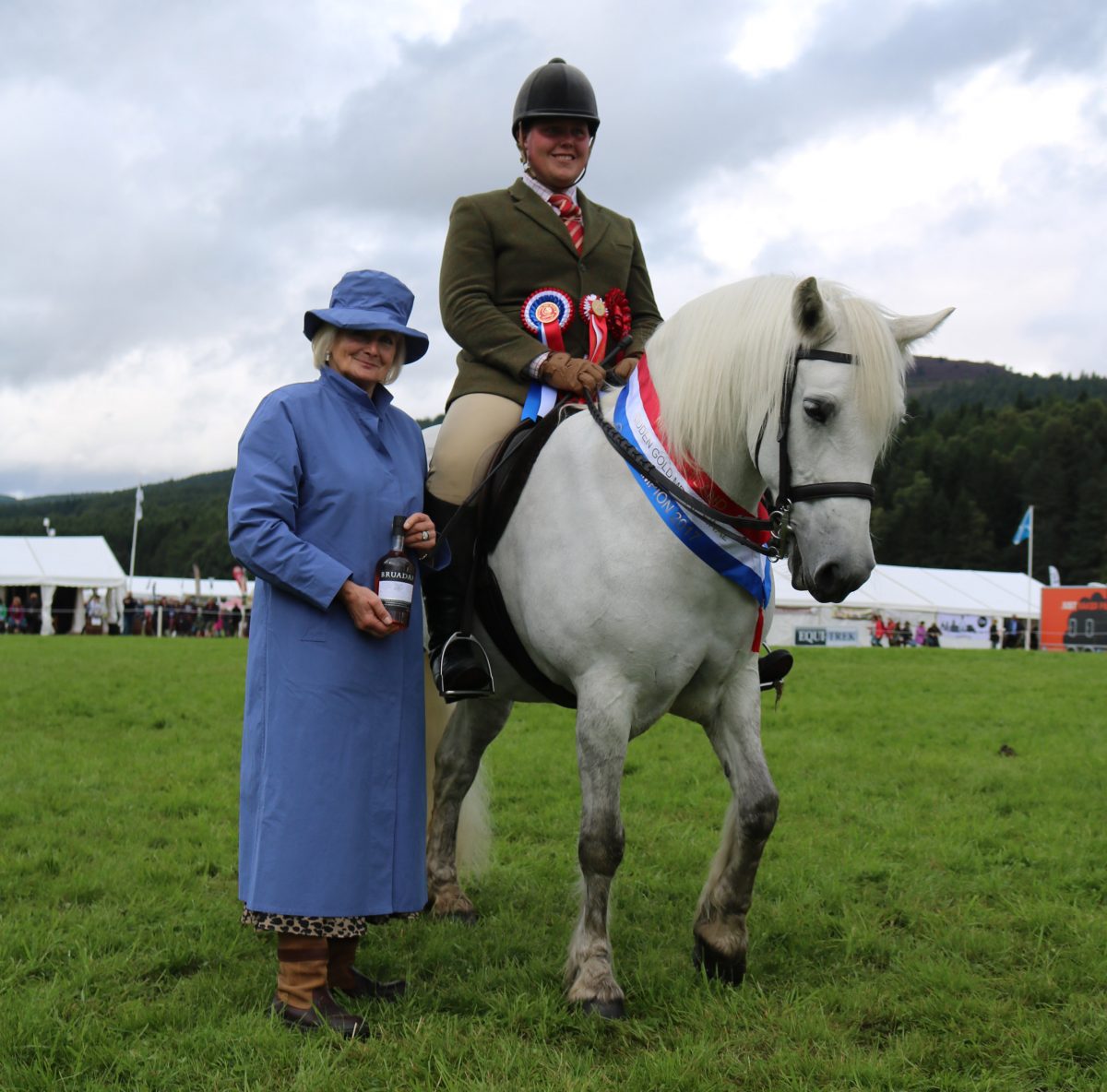 Both Black Jack and Greenholme Emblem are working Fell stallions, with Black Jack being the younger of the pair at just five-years-old. “He’s quite opinionated but loves to show off,” said Kirsty of the homebred.

Greenholme Emblem was spotted by Stewart Rae at the Fell Pony Sales and bought as yearling. He will be heading to HOYS later in the year: “He’s very athletic and just wants to please,” said Gwen.

The NPS Scotland Finals have been held at Blair Castle for the last 10 years, for which society President Bill Ireland is extremely grateful: “It’s a fantastic location as it’s quite central which has enabled us to attract a lot of people from both the North and South of Scotland,” he explained. “All competitors have had to qualify from various NPS shows across Scotland so this really is the pinnacle of the season.”

The mare, by HOYS Champion Dunedin Marksman, was bred by Ann Mitchell and was bought by Christopher as a two-year-old as they also have her sister at home:

“She’s a real all-rounder and goes cubbing at home,” explained Christopher. “She’s going to do her first unaffiliated one day event soon too. She’s a real princess and hopefully we’ll put her into foal in a couple of years.”

Victoria Mylius from Fife won the NPS/NFU Mutual Insurance Riding/Hunter pony In Hand championship with her own homebred Castafiore Emerald. The four-year-old part-bred Arab is in the process of being backed with the aim of competing under saddle for the first time next year. Although Victoria breeds ponies as a hobby, Castafiore Emerald certainly comes from good stock: his dam, Lyndrose Tiny Dancer, was a three-time British riding pony champion.

Lynn and Emma Robertson’s 10-year-old Dartmoor mare Pumphill Tirella retained the Mini Championship she won last year under Ella Anderson. “I’m absolutely delighted,” said Aberdeen-based Lynn, who bought the mare as an unbacked five-year-old as a fun pony. “We were in two minds whether to come or not as we didn’t think we could top last year, but I’m glad we did!”

“This one is for my Mum,” said Jo. “We usually come to Blair together but she’s not here this year as she’s just stopped her cancer treatment.” Jo described Trowan Maverick as “the most genuine cool dude and a lovely friend.”

As well as showing, the pair hack out and are members of the Hi-Ho Highlands dressage team. The win was all the more impressive as Jo is not a professional rider – she works in the Accounts department at The Royal and Ancient Golf Club at St Andrews.

The six-year-old mare was bought, unbacked, from Holland two years ago. Ayreshire based Scott, who rides for Morris Equestrian, explained that the pair had completed a couple of British Eventing BE90 classes but with this result at Blair he would probably focuss her future career towards Working Hunter classes.

“She’s not been hunting yet, but I will take her out with the Lanark and Renfrewshire hunt his winter,” said Scott. “To be honest, it took me an entire year to back her – she only has one gear, which is fast!”