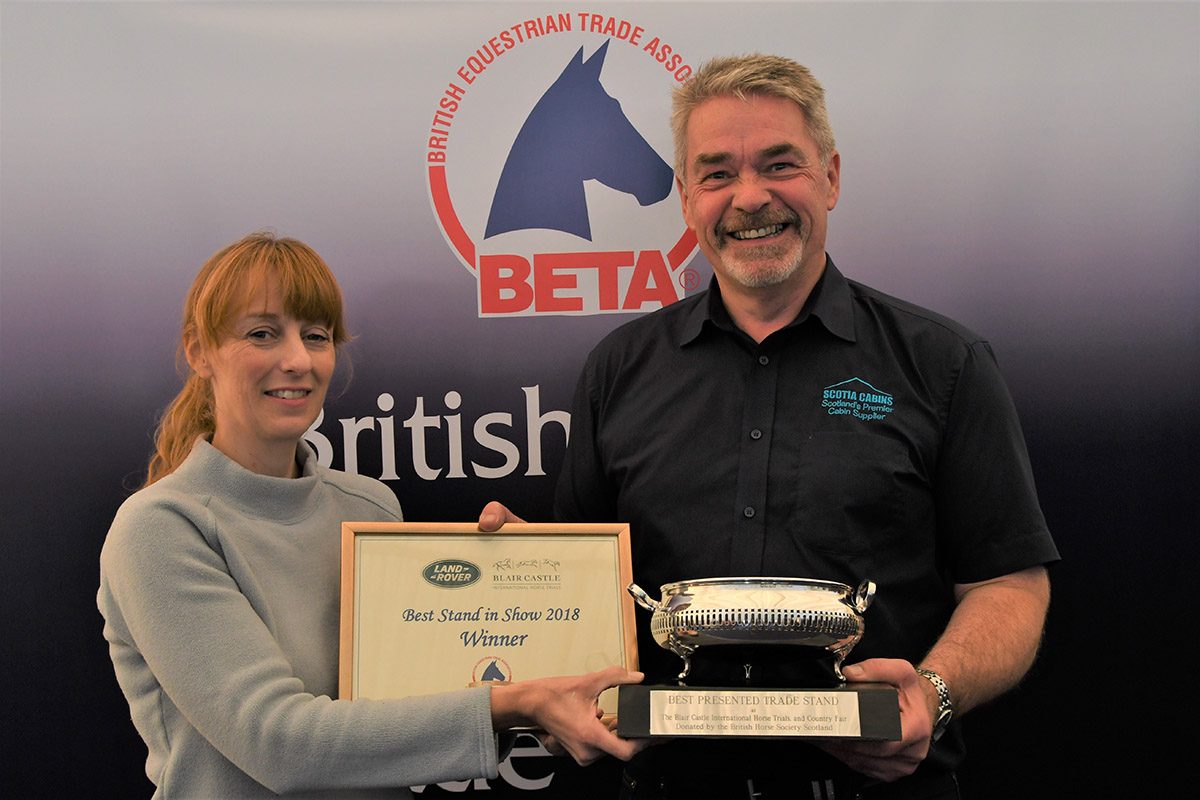 “We were thrilled to be at Blair and our experience proved to be nothing short of fantastic,” said BETA executive director Claire Williams. “The event enjoys a tremendous reputation throughout the equestrian world and we can certainly see why. The organisation was first-class and the large audience of horsey people it attracts is phenomenal. It certainly kept the trade busy and gave us a fantastic opportunity to engage with riders of all abilities and from a wide range of backgrounds. People were keen to hear about BETA’s many exciting initiatives and the excellent services offered by our members.”

The Best Stand Awards competition was divided into three categories – Equestrian & Saddlery, Lifestyle, Pet & Fashion and Food & Beverages, with each stand judged according to BETA’s set criteria and awarded either a gold or silver standard. This year the emphasis was very much on customer service and the passion shown for their products.

In the Lifestyle, Pet & Fashion section, gold was won by Scotia Cabins, which also won Best in Show, Equafleece, Carl Scarpa and Grays, with silver going to Massage Cushions, Rugby Plus and Ruff & Tumble.