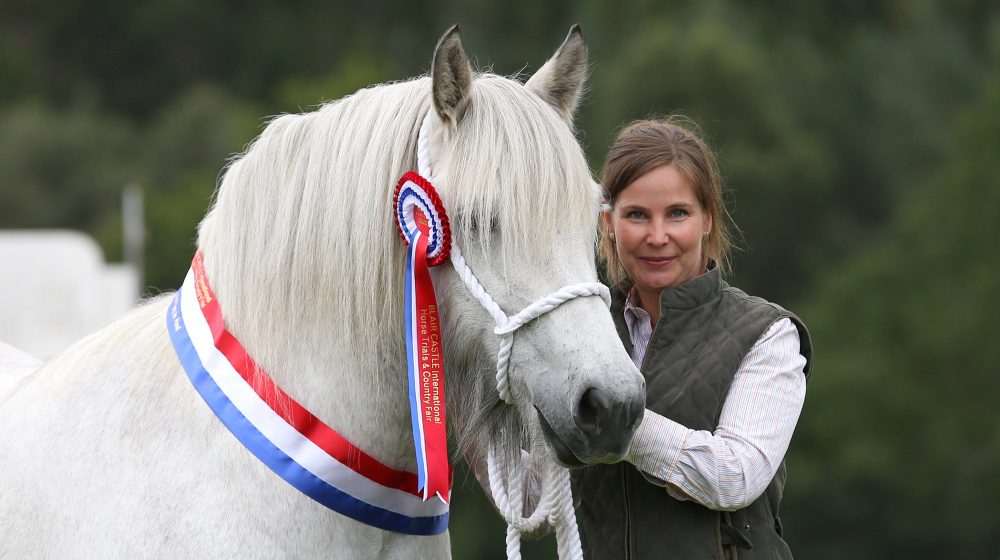 The Blair Castle Equi-Trek International Horse Trials isn’t just about eventing, spectators are also treated to the Highland pony show, hunter classes and NPS Scotland Finals. Here’s what some of our winners had to say:

“It’s very emotional for me, and a huge honour to win such a prestigious show,” said Jennifer. “Makaila was shown as a yearling and only shown again this year – I’m so proud of her.”

Robert Buidhe of Achnacarry took the spoils in the Junior Gelding class. Owned by Lynne Alexander from Auchtermuchty, the five-year-old is known at home as ‘Robbie’. “Blair is a wonderful place to compete, and to meet other owners of Highland ponies,” said Robbie’s delighted owner.

Equally delighted was Jane McNaught, owner of the Senior Gelding class winner Heather Jock of Foumerk, aka Jock. “It’s been a wonderful show and the turnout has been fantastic. We’ve had Jock since he was a four-year-old but he only really started competing in the last year, so today’s win is a real highlight for us.”

Donna McElhinney’s Welsh Section C Synod Ieuan was crowned Champion, under Bernadette McElhinney who said, “He’s my pony of pony of a lifetime, the best pony ever!”

The NPS Ridden Champion title was awarded to Ardnagaisk Edan, owned by Mrs M Gourdie and ridden by Lisa Allison. Winner of the Fell, Dales and Highland section, this homebred Highland qualified for Blair at the Fife Show. “We are over the moon; winning the Championship was totally unexpected,” said Lisa.

In the over 14hh Mountain & Moorland class Holly Miller rode Katie Common’s Gwynfaes Cymro Du to the top spot before going on to take Reserve Champion behind Ardnagaisk Edan. The Welsh Section D stallion has been placed every time out in his HOYS qualifiers, and is described by his rider as the most laid back, perfect gentleman.