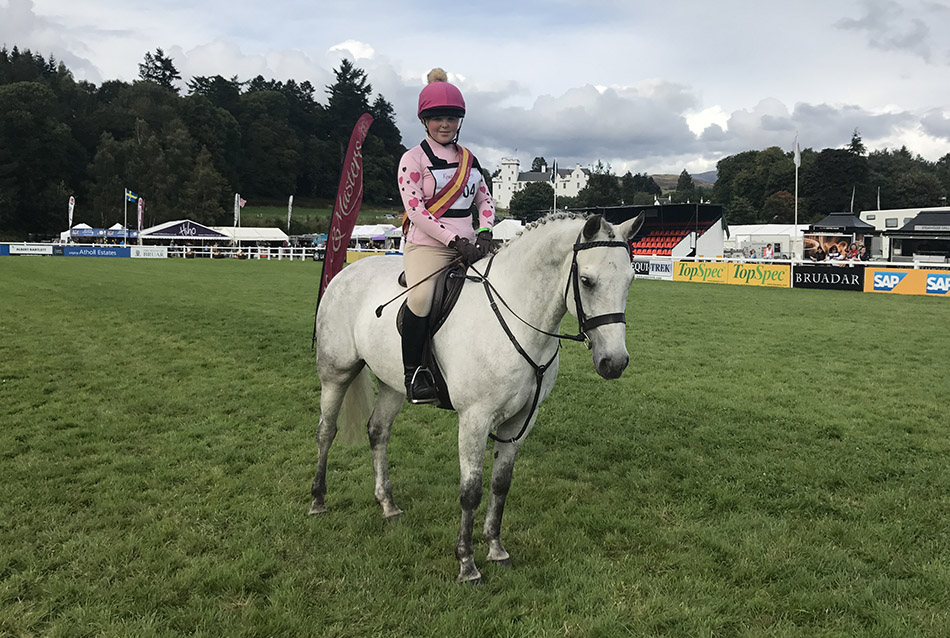 The Kent and Masters Arena Eventing Championships concluded this afternoon and it was the Scots who stole the show.

Local riders Rosie Pindar and Molly Mahoney won the BE100 (one metre fences) and BE90 (ninety centimetre fences) respectively.

“I’ve only had him a year,” beamed Molly. “We’ve been eventing at BE90 this season, but we didn’t expect this. It was just such an amazing feeling to ride in the main arena, where International event riders have ridden.

“We had four faults, so I thought that was my chance of winning gone. I knew if I went clear, I wasn’t going to jump the joker fence. When I had the fence, I thought I’d jump it and luckily I did, because that is what secured the win.

“He is a cross country machine and hopefully now, we can push on from this result and reach BE100 level next season.”

Rosie Pindar had a fantastic time in the BE100 section, taking the win with Dorana III and finishing 6th with the second of her two rides.

Rosie said, “I’m so thrilled because she has had five weeks off prior to Blair. We have been competing at Novice level and have been double clear at our last three events, but this is beyond what we could have expected.

“I think every Scottish rider dreams of riding at Blair Castle. Just riding in the arena was amazing, but to win was something else. It’s such a lovely event.

“The owners bought Dorana as a dressage horse, so to achieve this is quite remarkable. I hope now we can go on be competitive at One Star level.”

Both riders will receive a saddle, courtesy of class sponsors, Kent and Masters.