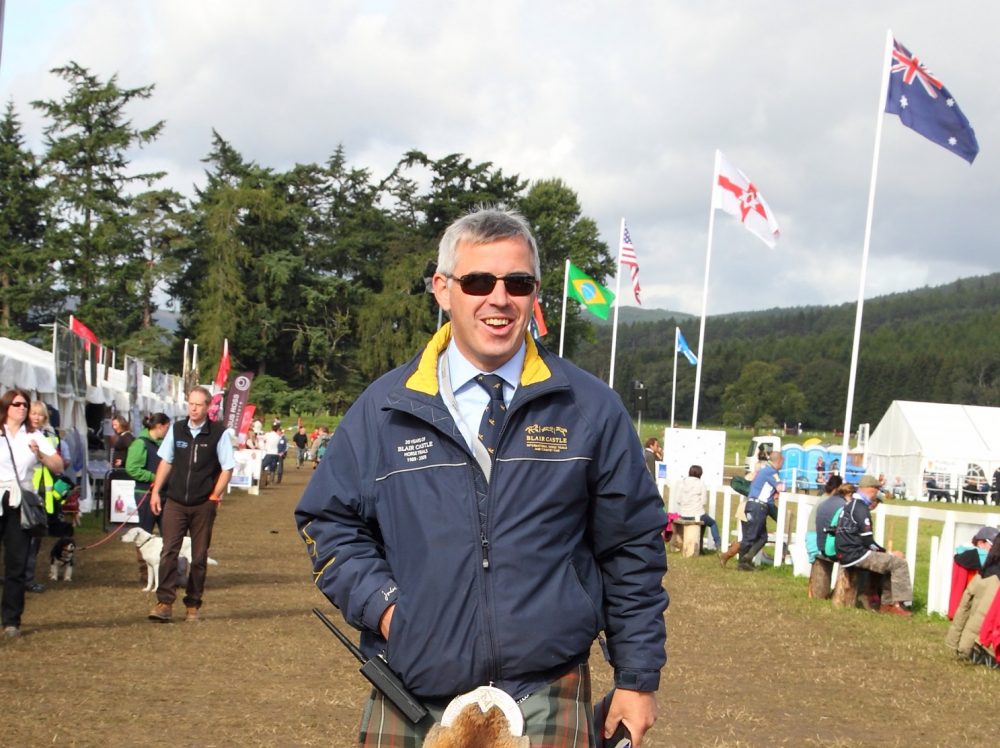 I’m constantly reminded of how I felt as the Olympic equestrian site at Greenwich started to take shape. Every time I go up to Blair there is something new to look at and more challenges to take on – the biggest one at the moment being a positive one for an event organiser… Membership passes have been selling so fast that we have had to (hopefully temporarily) stop selling them while we have yet another look as to how we can fit in a larger Members Enclosure.

I thought we would have have a good take up but, given on a normal year we sell around 350 memberships, to have sold over 1,000 with 10 months still to go has exceeded my wildest imaginings. How to refine the site without redesigning it takes up many of my waking hours.

To have such resounding support from enthusiasts makes attracting sponsorship that little bit easier. We have been signing some exciting new deals; one in particular that is bound to go down well is with Pol Roger who will be our official champagne supplier for the Championships. I am also delighted to be welcoming back many of our existing, loyal sponsors from years past, amongst them Mitsubishi Motors and Baileys Horse Feed.

Whilst revising and refining budgets is one of the less glamorous aspects of my job, it still has to be done – but I have been interspersing that with developing a whole new ‘spectator experience’ concept. I’m keeping the details under my hat for now – but might let slip a little more in a future blog.

Another really exciting new concept is a 3* sponsorship package that I, along with the organisers of Belton, Hopetoun and Gatcombe, am developing. This opens up a whole raft of new opportunities for companies to tap into through sponsorship of five high calibre events during the season. The initial response has been very positive.

Away from Blair, and my four year tenure on the FEI Eventing Committee is coming to an end, so there is the expected hand over and tidying up going on between now and the General Assembly next month.

It’s hard to keep my mind from Blair though. Fortunately, meetings with our course designer Ian Stark, with whom I have now defined the final route for the cross country track, and with the bidding TV broadcasters who are tendering to cover the Europeans, give me plenty of excuses to head North. I’m a Scotsman and to be in the Highlands as the seasons change, the countryside erupts into autumnal colour, and then the leaves fall and winter approaches, is about as good as it gets.