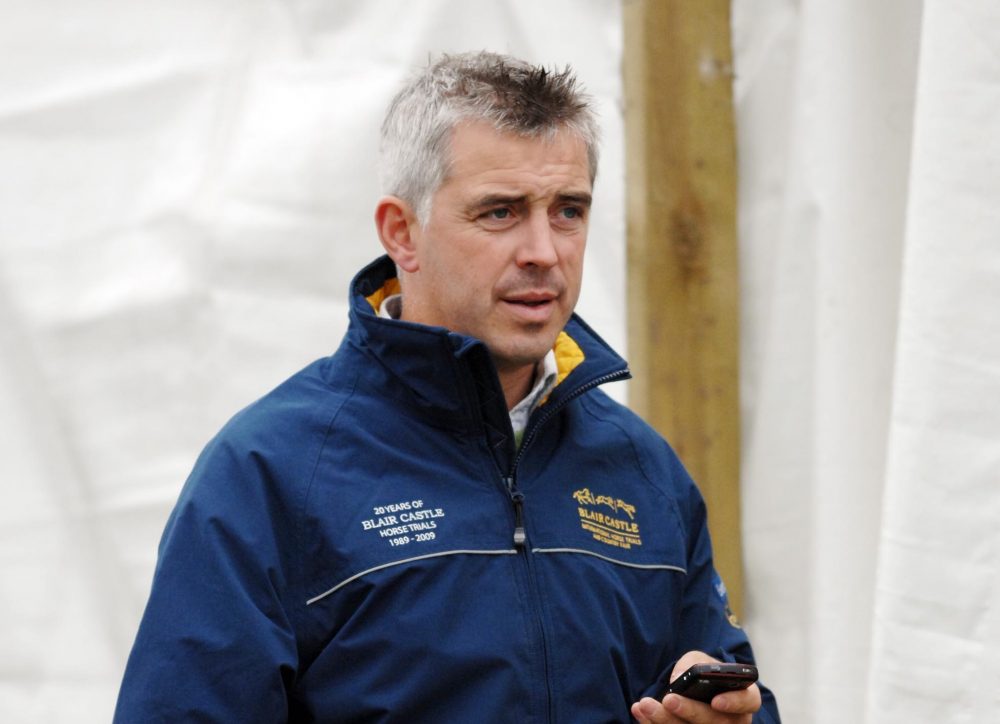 There is no sign of a let up in the busy schedule of Alec Lochore, Director of Blair Castle International Horse Trials which will host the FEI European Eventing Championships at Blair Castle in September 2015. Blair Castle might have been buried under a glistening coat of snow for much of January, but Alec has been enjoying some Rio sunshine.

Work at Blair Castle has been very much office based over the last few weeks – our lovely new dressage arena is invisible under a blanket of snow, which is also keeping us off the cross country course for now. We are taking the opportunity to move to a bigger office in the Saw Mill Yard, in preparation for the expansion of our team. Lucie Charlton, a Blair regular but this year promoted to Sport Assistant, has just started back here and will be cracking on alongside Nicky ahead of Helena, Becky and Sophie who arrive next month.

As Technical Delegate for the 2016 Rio Olympic Games I have made my first trip to the venue, the Deodoro, which is, in effect, a large military camp. It’s a breathtakingly beautiful place, with great topography and plenty of natural features. Site of the 2007 Pan Am Games, there are established facilities and training areas so it needs little imagination to get a feel for what it will be like in 18 months time. Excitingly for the equestrian competitors, the Deodoro is set to be the second biggest sporting cluster of the Games, also hosting rugby, hockey, canoe slalom, mountain biking, shooting and modern pentathlon – and it’s less than 40 minutes from downtown Rio.

Back at home I have been in discussion with the Pony Club regarding their Championships, which Musketeer deliver at Cholmondeley Castle every summer. With Gemma’s help planning of the new Horsezone Whitfield Horse Trials is on track; she has made several site visits looking at logistics, while I have been more occupied with designing the courses. Poor Gemma has her hands full at the moment as we have yet to find someone to fill the full-time student role this year.

Burnham Market International is my first big event of the season – entries open later this month. We have been making a few changes to the courses and working on the ground although it runs three weeks earlier than last year so I am expecting excellent going. The great news is that Sam has secured a title sponsor for the event, so the event will now be called Bacon.Co.Uk Burnham Market International. I look forward to working with our new partners.

Archant return as our media partners for both Burnham Market and Houghton, headed by their equestrian title EQ Life – our Norfolk team met up with our Archant colleagues in Norwich a couple of weeks ago to finalise all the details. Sadly there were witnesses so I can’t deny that we only made it by the skin of our teeth; for the first time ever I ran out of fuel…

As luck would have it, I was due to go on after the meeting to watch Rafe play in a hockey match (proud father moment – Rafe was recently a key goal scorer in the winning of the Norfolk Under 11 Hockey Championships) so we were in two cars and Hilary could phone ahead to ask Sam and Gemma to divert to the nearest garage and bring back a can of diesel. They all found it strangely entertaining!