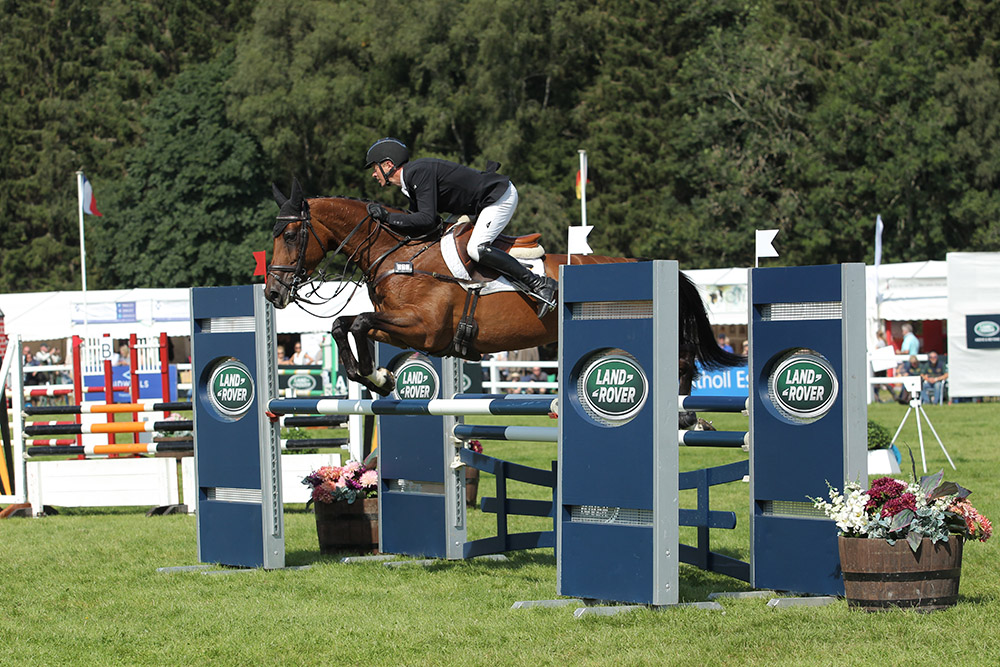 Hayden Hankey scored his first ever international win in the CCI2*-L class at Land Rover Blair Castle. The Cheshire-based 39-year-old was foot-perfect in all three phases on the six-year-old Olympic Lux mare Cartown Galaxy and stayed on his dressage score of 30.6, rising from fourth after dressage to the top spot.

“It really is a great feeling – anyone can win a one-day event, but to win a three-day is very special,” said Hayden, who has made his mark in all aspects of horse sport, from showing to race-riding to eventing and showjumping.

“When you like a horse as much as I like her [Cartown Galaxy, whom he bought last year on a trip to Ireland to judge at Dublin Horse Show], you ride with so much more confidence.”

Scottish rider Morven Pringle, who is based in Moffat, was very emotional about her second place. The 24-year-old was riding Miss Contender, who was owned and ridden by Morven’s best friend Natasha Galpin, who was killed in a fall on the gallops in January.

“Natasha rode Miss Contender here last year,” said Morven, for whom it was a best international result so far. “She was brilliant in every phase – I’m so pleased with how she’s gone.”

The pair also completed on their dressage score, 31.8, to rise up from fifth after dressage in this 70-strong class.

“She’s an angel – one of my favourites,” said Aimee, who works as first rider at Power Sport Horses in Wales.

Polly Stockton and Sir Alfred II, who led after dressage and cross-country, tipped one showjump and dropped to sixth place behind Hayden Hankey and his second ride, DHI Homana. Hayden was also ninth on Fools In Love.