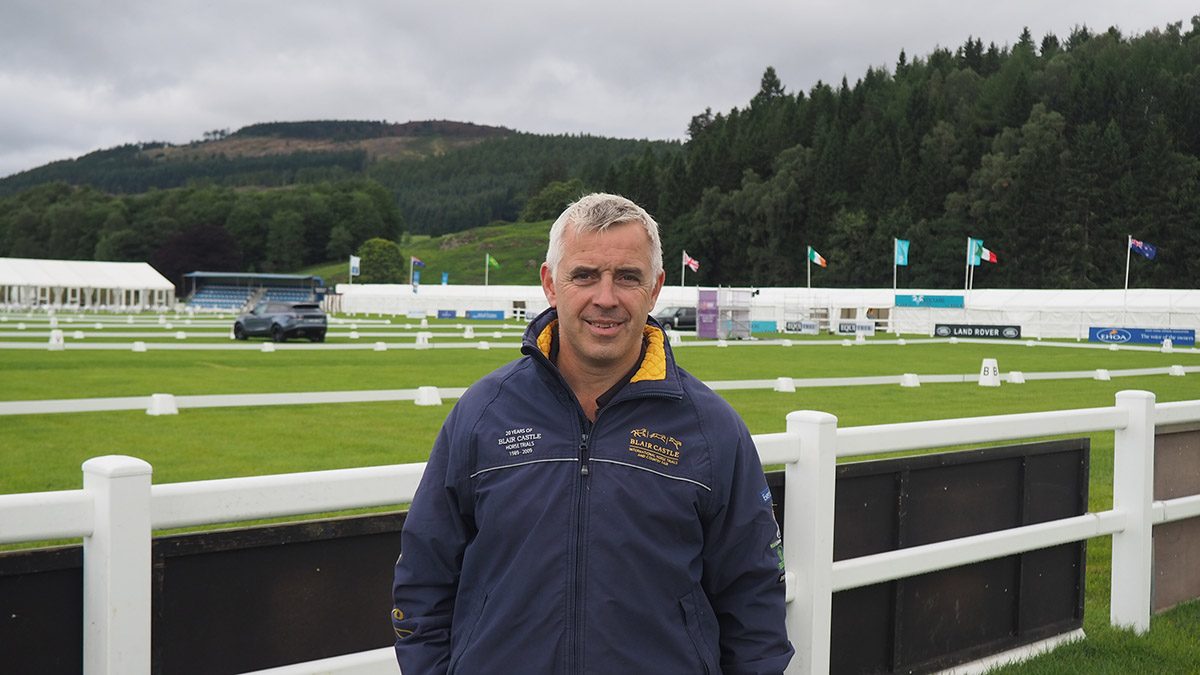 Ahead of competition getting underway, we caught up with Event Director and cross-country course designer Alec Lochore to get his thoughts on this year’s event

2018 is another year of firsts for the Land Rover Blair Castle International Horse Trials. In addition to hosting the final leg of the Event Riders Masters (ERM) series, this year’s competition also includes the Scottish Festival of Eventing, comprising the Scottish BE90 and BE100 Championships, following its relocation from Hendersyde Park. This has posed some interesting challenges for Alec, as well as fantastic opportunities for competitors:

“This is the only event I run which comprises six different tracks ranging from BE90 to CCI3*,” admitted Alec. “It’s meant a lot of work for a small team but it’s important that the Grassroots competitors are just as involved as the World’s elite riders and that the Grassroots cross-country tracks include some traditional Blair features such as hills, the Malcolm Lochan and the Haggis and Tatties at 11ab.

“At the other end of scale, there will be a fantastic climax to this year’s ERM as there are three riders who could feasibly still win and another four of five who could walk away with a hefty chunk of prize money, so the world’s best will be giving it their all on Sunday.”

While BE events in England have struggled with the effects of some unseasonably hot and dry weather this year, higher levels of rain in Scotland have meant that ground conditions at Blair are nigh on perfect, helped in no small part by members of the Castle Estates team having regularly spiked and mowed the cross-country courses. While ground conditions have been many other course designers’ biggest headache this year, the sheer number of tracks Alec has created and has had to string has been his biggest challenge:

“We’ve used approximately 17 kilometres of string and have posts every two metres,” said Alec. “You do the maths but that’s a lot of posts!”

In terms of the questions asked of horses and riders, Alec has deliberately designed the tracks to encourage bold and brave riding from the outset as he believes this approach helps ensure the horses have the best possible experience.

This is evident from new Voltaire Design Sheep Pens combination at fence four on the two- and three-star courses which promise meaty parallels in addition to an upright gate. Alec also believes fences 14 and 15 on the CCI3* and CIC3* tracks will be influential. Comprising a pair of angled skinny hedges on a right hand turn after a hanging log, all on a downhill approach, riders’ ability to get their horses balanced and controlled will be questioned here. Human and equine bravery will also be tested at the imposing Forth Bridge element of the Malcolm Group Lochan complex at fences 17 and 18, along with the Albert Bartlett Haggis and Tatties at fence 21ab.

One thing is for certain though, there will be no shortage of action, and whether you are competing at BE90 or CCI3* level, you will be welcomed and challenged in equal measure.